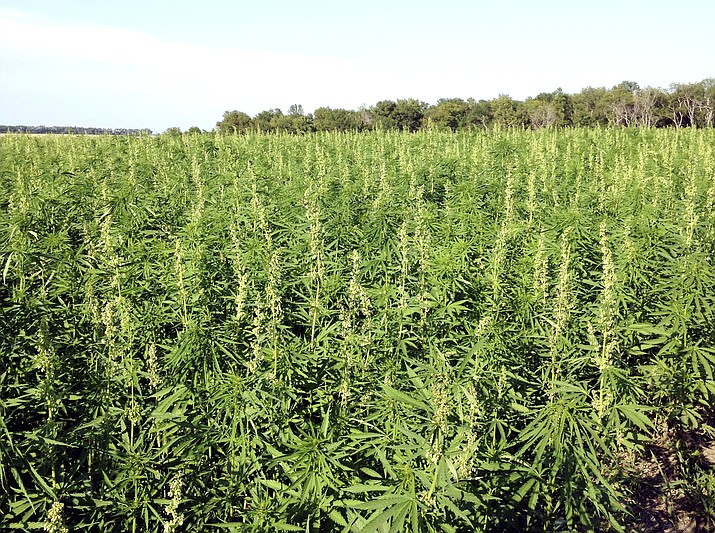 SHIPROCK, N.M. (AP) — The Navajo Nation Department of Justice is suing a tribal member over what authorities say is an illegal hemp farming operation in northwestern New Mexico.

“It is unfortunate that in the middle of a global pandemic that has claimed too many of our relatives, that the Nation is forced to take action against one of our own who seeks to enrich himself in blatant disregard for the laws of the Nation.”

The complaint names Dineh Benally, Native American Agriculture Co. and Navajo Gold Co. Benally and his businesses are accused of running an industrial hemp operation within the reservation’s boundaries and unlawfully issuing tribal land use permits to foreign entities to grow and cultivate hemp on the Navajo Nation.

David Jordan, an attorney for Benally, said he hasn’t seen a copy of the complaint and declined to comment.

As part of the case, tribal prosecutors are seeking a temporary restraining order and a preliminary injunction to stop Benally’s operations.

“The (Navajo) Nation has received numerous complaints, tips and warnings about these illegal activities happening on Navajo lands,” McPaul said in a statement. “It is unfortunate that in the middle of a global pandemic that has claimed too many of our relatives that the Nation is forced to take this action against one of our own, who seeks to enrich himself in blatant disregard for the laws of the Nation.”

Last week, Navajo Nation police issued a warning against cultivating marijuana or hemp after confirming that officers were investigating complaints about a grow operation near the community of Shiprock. Navajo Police Chief Phillip Francisco said at the time that his department had turned over its findings to tribal prosecutors for further review.

The Navajo Nation Council amended tribal codes in 2018 to broaden the definition of marijuana and made clear that industrial hemp would not be permitted until the tribal government created a regulatory system and obtained permits for it.

The council did authorize a pilot research project between the Navajo Agricultural Products Industry and New Mexico State University to study the best hemp producing plants for cultivation in the Navajo Nation. That work was recently extended for a year and the acreage was increased for the 2020 season.

The Navajo Police Department has said it will form a task force and enforcement team to investigate all unregulated growing and harvesting of marijuana and hemp on the reservation in response to growing concerns.