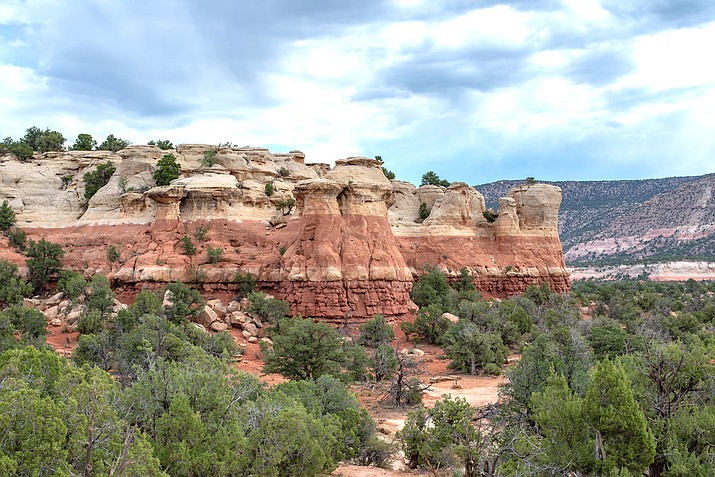 Saddlehorn Mesas in Canyons of the Ancients National Monument in Colorado. (Photo/Adobe stock)

DURANGO, Colo. (AP) — A man has been sentenced to a year and a day in federal prison for taking items from an Ancestral Puebloan ceremonial site at Canyons of the Ancients National Monument in southwestern Colorado, prosecutors said June 10.

Lonnie Shadrick Winbourn, 57, of Cortez, was sentenced for violating the Archaeological Resources Protection Act. Prosecutors said he traveled to the monument several times in May and June 2017 and excavated the ceremonial area, which includes a large dance plaza, the remnants of an underground room and multiple human burial sites.

Winbourn was pulled over and arrested on an unrelated warrant June 4, 2017, and a Bureau of Land Management ranger found pottery shards in his pocket. A search turned up 64 stolen items, including jewelry, an ax head and other tools.

Archaeologists have since restored the site.

“We as a society must recognize the importance of respecting all cultures, including those artifacts representing cultural resources of Native Americans,” said Randall Carpenter, assistant special agent in charge for the BLM’s law enforcement office.

The monument west of Cortez is public land that contains the highest known archaeological site density in the country, with well-preserved evidence of native cultures, according to the BLM.