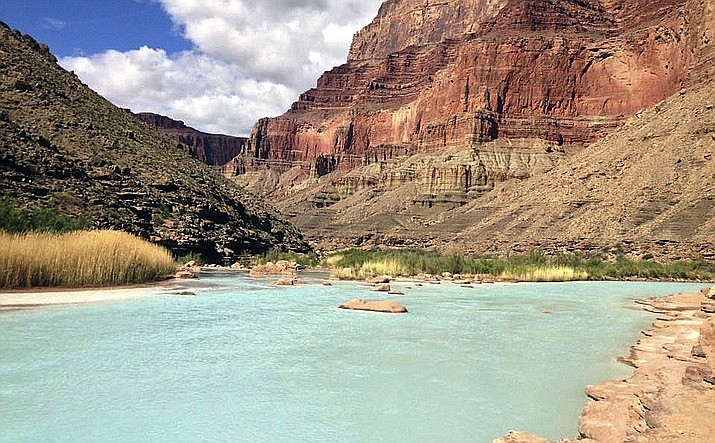 A Colorado River tributary in northeastern Arizona is being eyed for power generation. A newly formed Phoenix company wants to put up dams on the Little Colorado River. Pumped Hydro Storage, LLC. is seeking preliminary permits from the federal government to study sites on the Navajo Nation. (Lisa Winters/Grand Canyon trust via AP)

FLAGSTAFF, Ariz. (AP) — A Phoenix-based company that was eyeing the Little Colorado River for power generation is floating a new proposal that would rely on groundwater rather than surface water to make electricity.

Pumped Hydro Storage LLC recently applied for a preliminary permit for a project adjacent to the river on the Navajo Nation. Manager Steve Irwin said the shift was in response to overwhelming criticism that building dams on the river would disrupt the habitat of the endangered humpback chub.

But Irwin said he won't pursue the dams on the river if the Big Canyon proposal moves forward. Documents filed with the federal government estimate the project will cost between $10 million and $20 million for studies, tests, surveys and maps, and to construct four earthen and concrete dams that would hold back groundwater.

The proposal to move water between upper and lower reservoirs to generate power when the demand is high would need the blessing of the Navajo Nation. Tribal President Jonathan Nez has said he would not support development without the approval of nearby Navajo communities, spokesman Jared Touchin said.

Tribes, environmental groups, Grand Canyon National Park, state and federal agencies and others had asked the Federal Energy Regulatory Commission to deny the preliminary permits for the Little Colorado River dams or impose requirements on the company. The commission said those requests were premature because the company isn't in the licensing stage, which could be several years down the line.

The Federal Energy Regulatory Commission would take public comment if it accepts the company's request for a preliminary permit. The permits secure an applicant's priority for hydropower development.