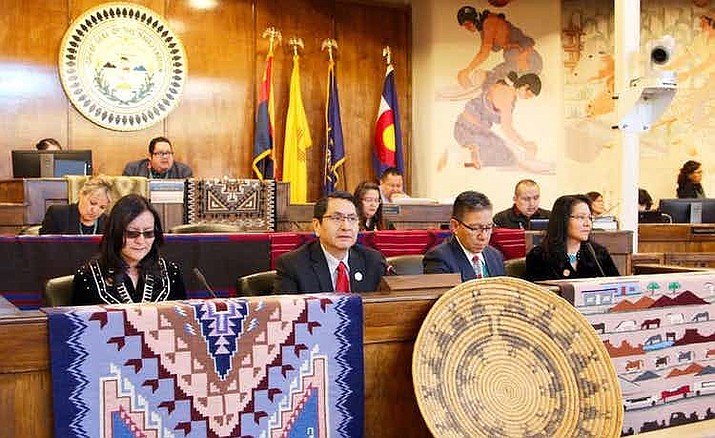 WINDOW ROCK, Ariz. — The Navajo Nation Council overrode a veto by Navajo Nation president and canceled the primary election that was scheduled for Aug. 4 citing concerns over public health and safety over the COVID-19 pandemic.

The Arizona state primary election will continue as scheduled.

All candidates for what would have been the 2020 Navajo Nation primary have been forwarded to the Nov. 3 general election ballot.

CJN-49-20 was discussed at the Naabik’íyáti’ Committee at its June 11 regular meeting, where the Navajo Election Administration’s (NEA) primary concern was the protection of human life, first.

“Had the Navajo Election Commission [sic] and the Navajo Nation Council consulted the Navajo Nation Department of Justice, there may have been a solution to our own election situation rather than an immediate rush to cancel our primary election,” Nez said when he vetoed the original legislation. “The rational [sic] for cancelling the Navajo primary this year will have repercussions not only for chapter elections but the state and national elections as well.”

The last day to register as a voter is now Oct. 5, and absentee voting will start the same day. The early voter deadline is Oct. 19, with the requirement that voters must be in a NEA office by 5 p.m. that day.

The last day for absentee voting is Oct. 30. The 2020 General Election will take place on Nov. 3. The new schedule also puts training for chief poll judges on Nov. 2, a day before the election.

More information can be found at the Navajo Election Administration online at www.navajoelections.navajo-nsn.gov or by calling 1-800-775-VOTE (8683).