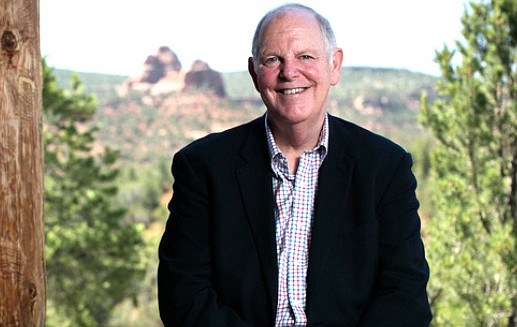 This is the third article in a series of the four candidates.

O’Halleran said the top three issues in CD1 are helping people through the COVID pandemic, helping tribes with economic development and making sure people have enough resources for food, education and avoiding homelessness.

O’Halleran said he has been working with the Navajo Nation to make sure they get the resources they need to battle the COVID-19 outbreak. He said the pandemic is not going away anytime soon and a plan is needed for the fall and winter. O’Halleran supports a bill through the Indian Health Service (HIS) that would provide $2.6 billion to tribes across the nation for sanitation, water delivery and cleanliness. This bill will be voted on soon in the House of Representatives.

O’Halleran said economic development is needed on the Navajo and Hopi nations.

O’Halleran said the proposed Heroes Act would help provide the tribes with funding to bring in water and would include $8 billion for broadband. This proposal would also add more funding for transportation for tribes.

“A big chunk of that (the Heroes Act) would go to reservations,” O’Halleran said. “This would produce the ability for better jobs in the area.”

O’Halleran said this proposal clearly identifies the amount that would be for tribal needs.

“Navajo and Hopi are two of the larger tribes, their proportion would be higher. Both of these tribes have so many needs that have to be addressed,” he said.

O’Halleran said some of these proposed bills have been held up by Congress, but said it will get done because it needs to be addressed.

“The virus is here until we defeat it,” he continued. “The question is how do we get IHS more help and what can we do to assist tribal governments so they get a quicker response.”

O’Halleran said the House has already approved $20 billion, but the Senate hasn’t approved any funding, so the negotiations for an agreement need to continue.

O’Halleran said the House version of the bill calls for large amounts of funding for homeless veterans, education and waivers for people to get food on tribal land and anywhere that food is needed in America.

O’Halleran said continued investment is needed in areas that have been hit hard by the coronavirus. He said more testing and tracing along with the development of a vaccine needs to be funded. He said many areas have had their economies torn apart by the pendemic, so more vocational training is needed so people can get jobs.

O’Halleran said he supports peaceful demonstrations, which is part of the country’s foundation. O’Halleran said there will always be some people who break the law during these protests and this must not be allowed. He has cosponsored a bill on police reform and the House will negotiate with the Senate to come up with those reforms.

“This is a step in the right direction for minority communities throughout the nation including Native Americans,” he said.

O”Halleran said police reforms should include a ban on choke holds and mandated body cameras for police.

O’Halleran said there must be equality for all Americans not just those with money or large corporations. He has fought against cuts to health care for the past three years.

“It has increased, but it’s not automatic,” he said.

O’Halleran said nobody is considering defunding police, but if some police departments don’t follow the reforms, they could lose some grant funds.

“We need to address the underlying issues of how departments are paid. We need more mental health care, domestic violence abuse prevention and child care,” he said.

O’Halleran said tribes need to be consulted about their needs and recognition of tribal sovereignty within the process in Congress.

One of the issues that O’Halleran has focused on is getting more funding from the Environmental Protection Agency (EPA) to clean up the hundreds of polluted uranium mines on the Navajo Nation. O’Halleran is against any new uranium mines on or near the Grand Canyon. He co-sponsored the bill to ban it.

“I do not see that in the near future,” he said. “There is a 20-year ban; more importantly, Navajo and Hopi does not want it. Towns and cities don’t want it.”

O’Halleran has also emphasized the need for more funding for those in the Bennett Freeze land. For 40 years, those living on Bennett Freeze could not do anything from bringing in water systems to fixing their homes.

O’Halleran said funding is needed to bring in water delivery systems, help with economic development and infrastructure for normal living.

“I still do not understand why the Bennett Freeze took place,” he said.

Funding for diabetes, agriculture and schools

O’Halleran has worked on funding for diabetes and agricultural needs for the Navajo and Hopi Reservations. The Heroes Act would supply $95 billion to schools throughout the nation, including Navajo and Hopi. Those funds would go to help schools with coronavirus issues such as ventilation systems and buildings for spacing.

One of O’Halleran’s proudest achievements last year was gaining federal funding to build seven schools on the Navajo Nation.

“Some are almost done and we worked hard with tribal leadership for the schools,” he said. “We will continue to work for more funding for the schools.”

“More people are dying,” he said. “This is just a travesty. During the last month, things have become worse, not better.”

O’Halleran said his background prepared him for Congress as he has been a police officer, a businessman and served as a state legislator. He said this showed his ability to work with people. He said he wants to help people and bring the country together. He ran for Congress because he believes he has the skill set and personality to do it.

His political role models are Theodore Roosevelt, Abe Lincoln, John F. Kennedy and Barack Obama. He liked Roosevelt because people could shake his hand and know they had a deal.

O’Halleran said he has a strong record to run on.

“The bottom line is I enjoyed representing Navajo and Hopi. They are friendly, kind, caring and easy to work with. They are dedicated to their families, elders and their community,” he said.

This is part three in a four part series that will feature interviews with congressional candidates running for District 1. District 1 encompasses the Navajo and Hopi reservations. The Observer will feature one candidate each week and will alternate between parties. See next week’s edition for Republican candidate Nolan Reidhead.