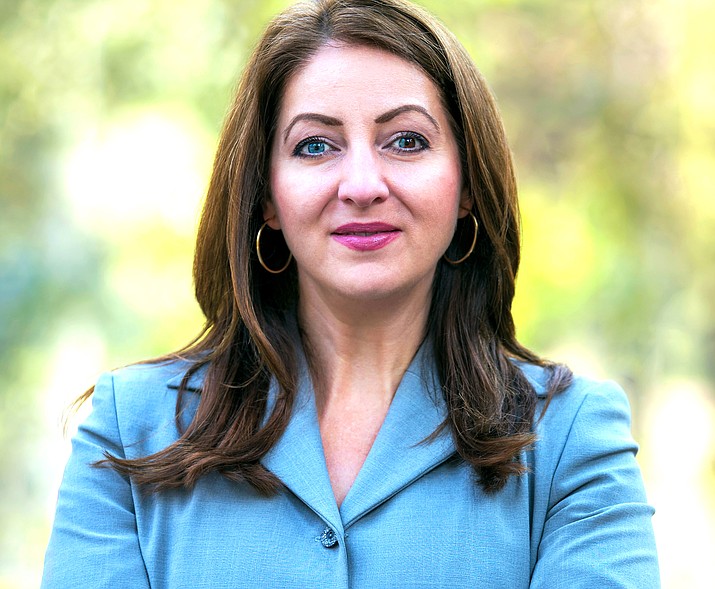 FLAGSTAFF, Ariz. — Almost forgotten during the coronavirus, a primary election will be held Aug. 4 for federal and state offices in Arizona.

The congressional race for District One, covering the Navajo and Hopi reservations as well as Flagstaff, will draw plenty of interest as Democrats want to hold onto the seat with the hopes of retaking the House of Representatives. District 1 is also known as a swing district where either Democrats or Republicans are capable of winning.

District 1 also contains the largest number of Native Americans of any district in America with 12 tribes in the district.

U.S. Rep. Tom O’Halleran will be challenged by Eva Putzova in the Democratic primary while Tiffany Shedd and Nolan Reidhead will battle it out in the Republican primary.

This is the first in a series of articles about the candidates.

Putzova, a former Flagstaff City Councilwoman, said after talking to voters for 17 months, that nobody could see the COVID-19 pandemic coming, however, the pandemic has shown the need for universal health care. She said Medicare for all would be the best way to get that done.

“Medicare for all would be extremely beneficial to all people who don’t have health care. We definitely need a single payer system. It would be new and expanded care,” she said. “The current system costs us twice as much as any other country in the world.”

Putzova said COVID-19 shows the urgency to retool the economy and underserved communities through the proposed Green New Deal, which focuses on moving away from fossil fuels and toward a green economy.

“Especially in this district, we have communities that have been left behind time and time again. We also need to address climate change,” she said.

Putzova said the Green New Deal would call on communities to invest in energy and infrastructure that are not dependent on fossil fuels — exactly what she feels would benefit the reservations.

“This would help people get jobs close to their homes that pay decent wages,” she said. “The Green New Deal is even more viable than ever because it would stimulate the economy. Do not forget that we have this giant crisis with fires because of the hotter and changing weather patterns.”

“We have to do this in a way that Native communities benefit from economic development on tribal land,” she said.

Putzova said the recent protests show that social and racial justice have to be addressed including racial profiling in bordertowns. She said in Flagstaff, 52 percent of the arrests are Native Americans.

“That’s completely unacceptable. We cannot have this outcome year after year,” she said. “We need to stop criminalizing poverty by not investing in health care and education.”

Regarding the pandemic, Putzova believes the federal and state government mishandled the response by not having strict enough stay at home orders.

She said people were losing their jobs and Congress did not pass enough assistance.

“Corporations were bailed out and people were not,” she said.

Putzova said there were not enough requirements for masks, social distancing and limiting indoor activities. She said the extra funding for unemployment expires at the end of July and then she wonders what will happen.

Regarding recent protests throughout America, she said when she served on the Flagstaff City Council that she saw an increase in police funding. She said police respond to mental health care and drug addiction issues that they are not always prepared to confront. She said police duties need to be revised with some funding diverted for mental health care, housing and treatment so some problems can be prevented.

Putzova said blacks, browns and Native Americans are subjected to police brutality at a higher rate than most Americans.

“We are investing more in training without a change in outcome. We need to solve the underlying problem,” she said.

Putzova would like to see a multi trillion dollar investment in most underserved communities for roads, child care and education.

Additionally, Putzova proposes banning all uranium mining because the problems of safety, water contamination and polluting the environment have not been resolved.

“Uranium mining should not be done near any community,” she said.

While serving on the Flagstaff City Council, Putzova spoke out against uranium mining and snowmaking on the San Francisco Peaks. She said 500 uranium mines on the Navajo Nation have yet to be cleaned up.

“Why would we have more mines when we still have hundreds that have not been cleaned up? she asks.

Putzova said operating schools in rural areas during the pandemic has been a problem because of a lack of internet, cell phones and laptops.

“It shows how we have ignored rural communities. It should not be up to private entities to provide internet,” she said.

Putzova said Arizona is 47th in connectivity and the rural areas are worse.

Putzova said her 20 years in education, including 13 years as director of strategic planning at NAU, prepared her for working in Congress. She has also been an activist since 2008 working on social and environmental issues and she currently serves as president of Friends of Flagstaff Future. While serving on the Flagstaff City Council, she helped raise the minimum wage and establish Indigenous People’s Day.

“When people organize they can make things better,” she said. “I am an open person who speaks to people of all backgrounds, but I know what marginalized people feel like.”

Putzova said she wants to serve in Congress because incredible challenges lie ahead that will take courage.

“This is my home, the people I love. I want to make our society better. That is why I want to serve,” she said.

Putzova, who is Czech, said her political role model is the first Democratic president of the country where she was raised. She said he emphasized that the power should not be with the political parties but with the people. She also praises Congresswoman Barbara Lee of California for being the only congresswoman to oppose the war in Iraq. She also praises the Navajo Hopi COVID-19 Relief women for their work.

This is part one in a four part series that will feature interviews with congressional candidates running for District 1. District 1 encompasses the Navajo and Hopi reservations. The Observer will feature one candidate each week and will alternate between parties. See next week’s edition for Republican candidate Tiffany Shedd.