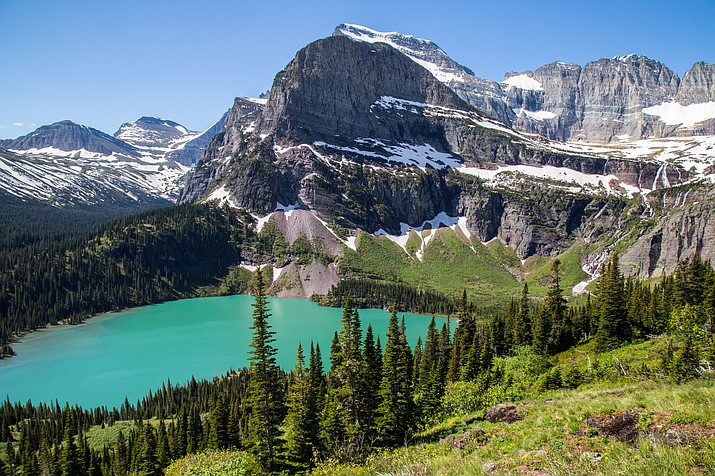 Glacier National Park is located in northwestern Montana and shares a border with Canada as well as the Blackfeet Reservation. The tribe recently announced the closure of the eastern boundary of Glacier National Park for the remainder of the 2020 tourist season. (Photo/Adobe Stock)

KALISPELL, Mont. (AP) — The Blackfeet Tribal Business Council has voted to close the eastern boundary of Glacier National Park for the rest of the tourist season after a recent spike of COVID-19 cases in Montana.

At the same time, Big Horn County officials issued a mandate June 26 requiring all people in the county to wear a mask when outside their homes to limit the spread of the virus. Big Horn County, which is covered mostly by the Crow Indian Reservation, has had 13 reported cases since June 29

Montana has reported 164 cases of the respiratory virus in the past seven days, including 29 cases reported June 26. There has also been another death, the state’s 22nd.

In a Facebook post, the Rosebud County Health Department said the death would be assigned to the county because the victim had a residence there. However, the person had not been living there. County officials were not available June 24 to say where the person had been living.

Montana has confirmed 829 cases of COVID-19, including 218 people who are still infected and 14 who are hospitalized. The number of infections is thought to be far higher because many people have not been tested, and studies suggest people can be infected with the virus without feeling sick.

The Blackfeet Tribal Council passed its ordinance June 23 “for the protection of the residents of the Blackfeet Reservation,” tribal officials posted on Facebook.

The decision, along with other coronavirus-related adaptations, will make for an unusual season in Glacier National Park, which saw just over 3 million visitors in 2019.

The scenic Going-to-the-Sun Road will not be open to vehicles to Logan Pass by July 4, park spokesperson Gina Kerzman told the Daily Inter Lake.

Park Superintendent Jeff Mow said without the eastern entries and exits from the park, managers may have to develop a timed-entry system to spread out visitor use on Going-to-the-Sun Road. The two-lane mountain road has limited parking and restroom facilities.

The Fish Creek campground opened June 24 to those with reservations made through reservations.gov. Fish Creek and the St. Mary Campground, which likely won’t be available before July 9, are the only two of Glacier’s 12 developed campgrounds expected to operate this summer, Mow told the Missoulian.

The border between the United States and Canada is closed to all but essential travel, meaning tourists can’t travel between Glacier National Park and Waterton Lakes International Peace Park.