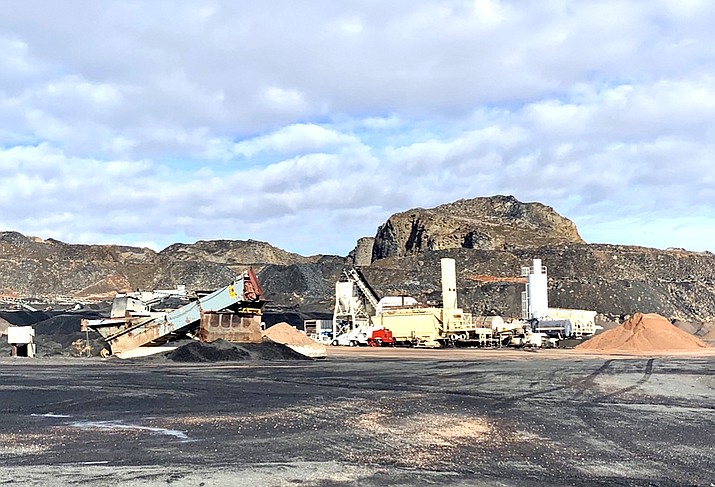 On Jan. 20, the Navajo Nation purchased 1,250 acres of land near Indian Wells including a fully-operational Brimhall Sand and Rock gravel pit. (Photo/Office of the President and Vice President)

“Another priority for our administration is the consolidation of lands. In this case, we had a huge portion of private land in the middle of Navajo land and now it will be returned to our Navajo people to provide benefits for our communities – it’s another step toward self-sufficiency and self-determination,” added President Nez.

Through the combined efforts of the Navajo Land Department, Division of Transportation, Division of Natural Resources, Department of Justice, and the Office of the President and Vice President, the Navajo Nation was able to come to terms with the land owners represented by Paul Babbit and others. The former lease between Babbit and Brimhall Sand and Rock, will now become a lease between the Navajo Nation and Brimhall Sand and Rock to continue operations.

“Roads are the backbone of our communities and the key to building local economies. We have schools, businesses, and elders that rely on their community roads every day. This is a major step in the right direction for our Nation,” said Vice President Lizer. 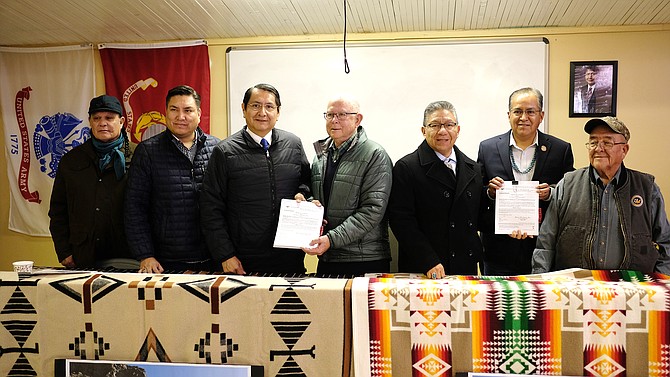 Navajo Nation President Jonathan Nez signs for the acquisition of the Brimhall Sand and Rock gravel pit near Indian Wells, Arizona, Jan. 20. (Photo/Office of the President and Vice President)

The Navajo Nation’s Land Acquisition Fund provided the funding for the acquisition. Under Navajo law, the Division of Natural Resources executive director is authorized to finalize land purchases that fall below the threshold of $5 million.

Division of Transportation Executive Director Garret Silversmith said materials from the gravel pit will be used for highways, dirt roads, bridges, and airports. In addition, the material produced from the existing quarry pit site, will be used for dams, drainage structures, building construction, and parking lots.

“Navajo DOT is very pleased with the purchase of the Indian Wells property. A successful quarry pit currently operates on these lands and we are looking forward to continue producing material that will contribute and enhance the Nation’s transportation system. This purchase is a very wise investment and will create many opportunities and benefits for the Nation,” said Silversmith.

Paul Babbit, who spoke on behalf of the owners, said he has been visiting the Indian Wells community for over 50 years and commended the growth and development that has occurred.

“Today, we’re celebrating real progress. You can all take great pride for the opportunities that will be developed for the community and surrounding areas. The sun will shine brightly over the Indian Wells community,” stated Babbit.

Indian Wells Chapter officials and residents also shared their excitement and appreciation for the Nez-Lizer Administration’s purchase of the lands, including Indian Wells Grazing official Jennifer Ruskin who recalled the many times that local grandmothers would come to her residence to request help in transporting them home through muddy impassible roads.

The Nez-Lizer Administration thanks the departments and divisions and Council Delegate Jamie Henio, chair of the Budget and Finance Committee, who worked very hard to negotiate and finalize the land and mine purchase, the Indian Wells Chapter and residents, Arizona Rep. Arlando Teller, and many others for their support.