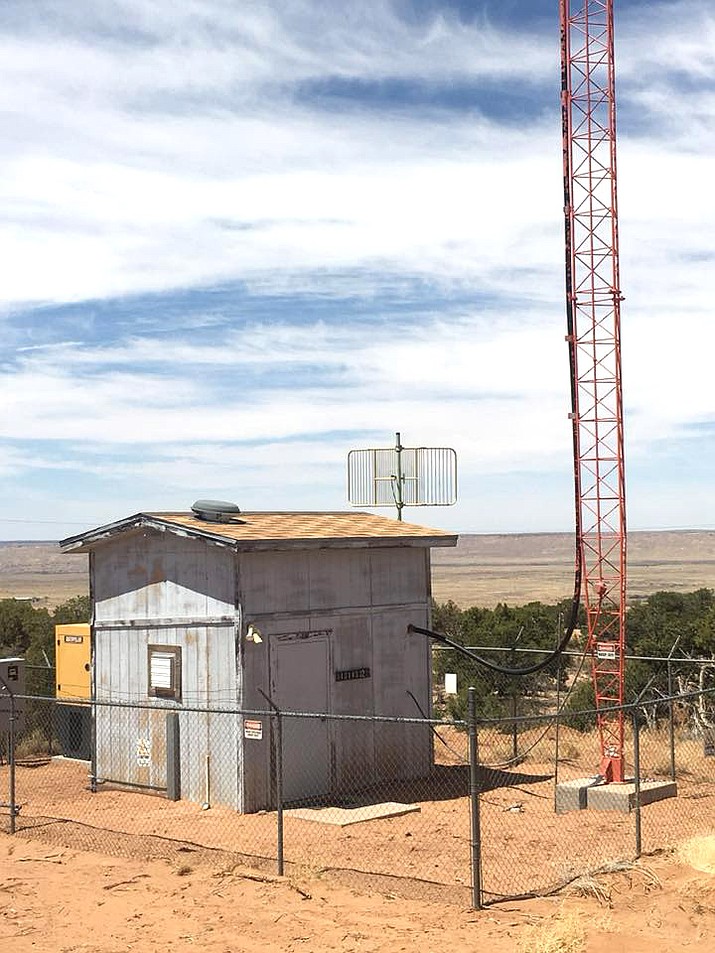 KUYI Hopi Radio is facing possible eviction of its studio along with its tower site at Antelope Mesa (above). (Photo/The Hopi Foundation)

KYKOTSMOVI, Ariz. — The Hopi Foundation and its Board of Trustees are facing a possible eviction notice and possible relocation of KUYI 88.1FM radio studio and its tower sites.

"We confirm that the radio tower lease atop Antelope Mesa was not renewed on December 31, 2019," the Foundation stated in a recent press release.

KUYI's licensee is currently in good faith negotiations with the lessor, howe ver, if the radio station is unable to renew, it could be evicted. Should that happen, the station will be required to dismantle its 69,000-watt broadcast tower and move its transmitter facilities to another part of the reservation.

"As we prepare a contingency transition plan we seek support and partnership with all interested villages to provide a permanent site for both tower and studio facilities," the release stated.

If eviction does occur, dismantling the tower and transmitter atop Antelope Mesa will result in a reduction of KUYI's signal. The station's contingency plan, should this happen is to reduce power signal from 69,000 watts to 500 watts with the hope that the signal will reach listeners within the immediate region of the three Hopi mesas. As a result of a broadcast reduction KUYI would temporarily not reach outlying communities including Flagstaff and Winslow.

"We ask for the community’s continued support and understanding during this time of uncertainty,” the statement continued. “We will provide public updates to the changes in our service

as we know more.

The streaming portal on kuyi.net will continue to operate unaffected as will the Low Power FM broadcast from Moencopi Day School over 89.1 FM.

The Hopi Foundation stated that it has the support of the First Mesa traditional land owners, the BIA and other stakeholders to secure a permanent land site for the studio within the BIA Educational leasehold located next to Northland Pioneer College. During this process the station is broadcasting from a temporary studio site in Second Mesa, Arizona.

“We remind our listeners and supporters of KUYI Hopi Radio that your financial support is still needed to help us while the transition of both tower and studio sites are complete,” a recent press release by the Hopi Foundation stated.

“KUYI remains positive and extend its gratitude to the community of First Mesa for hosting our tower and studio over the last 19 years,” the release read. “We also thank our listeners in Northern Arizona and worldwide for tuning in to enjoy the stories and experiences of our community.

Information provided by the Hopi Foundation