Old Kayenta Police Department scheduled to be demolished this year 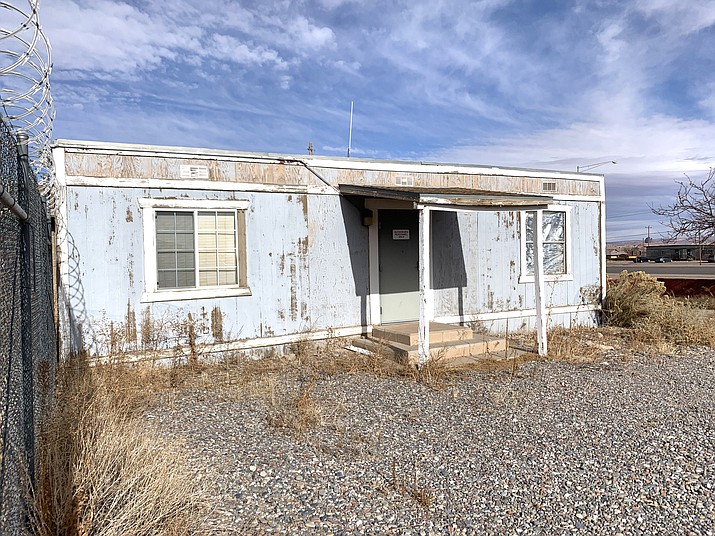 The building is scheduled to be demolished in January. (Photo/Kayenta Township)

KAYENTA, Ariz. -- It was 1978 when the Kayenta Police Department was established, and it was a modular building that was brought into Kayenta, recalls Geneva Salt.

In 1987, Salt was a Radio Dispatch at the former Kayenta Police Department, Salt said she would also work with corrections at the time and moved over to the Navajo County Probation Department.

She has been a probation officer since. She recalls memories that brought her anguish and thinks how much the community and times have changed, especially within the Kayenta Police District.

Currently, the old Kayenta Police Department is slated to be demolished, according to the Kayenta Township. The Kayenta Township Community Development Department has been working on five other modular buildings in and around the site where Criminal Investigations and Peacemaking was previously located.

For the time being, the Navajo Nation Judicial Kayenta District will receive a newly renovated office complex until the construction of the new facility is completed. The modular building will be ready for occupation once it passes inspection.

The demolition project will clear an area for an access road to the upcoming Kayenta Judicial Complex.

Currently, Kayenta Township is moving forward with the project as design schematics are complete and anticipates the completion of 100 percent designs.

The demolition project is scheduled to start in January 2020 and completed later this spring. To cut costs, Zonnie is working with Navajo Nation Departments and Navajo Tribal Utility Authority to remove utility poles and lines, fuel tank and other structures before complete demolition of the site.