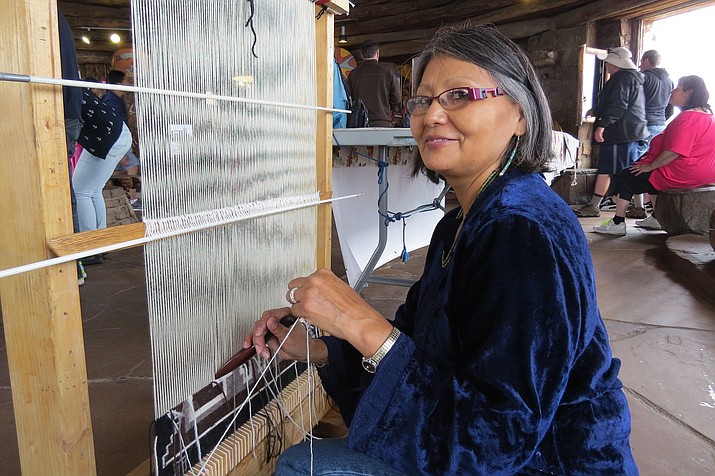 Florence Riggs is a Navajo weaver. During her childhood, Riggs was interested in watching her mother weave, though she never helped with shearing, carding or spinning. At the age of 18, a year after graduating from Tuba City High School, Riggs decided she wanted to learn weaving and asked her mother to teach her. She began to weave pictorials when she was 20 and later became a full-time weaver. Below: Riggs weaves about 10 hours a day and her pieces are on the loom for one to three months, depending on their size. Her ideas come from books, magazines and observations of everyday life. 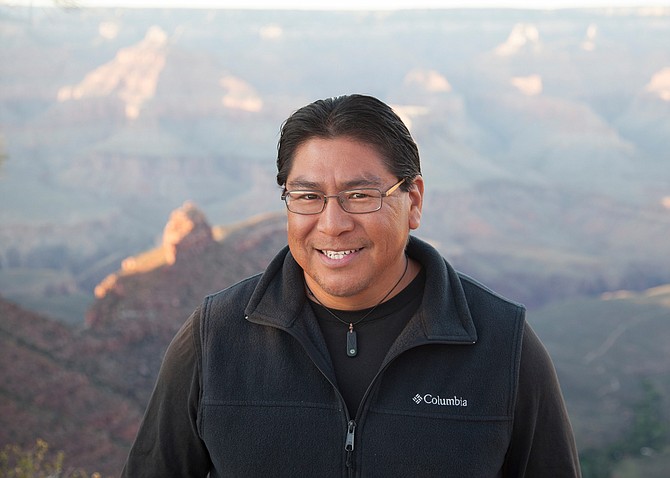 Lyle Balenquah is a member of the Hopi Tribe, from the Village of Bacavi on Third Mesa. (Photo/NPS)

Lyle Balenquah is a member of the Hopi Tribe, from the Village of Bacavi on Third Mesa. Balenquah works with various stones, sea shells and other natural materials to handcraft wearable artwork such as pendants and earrings. His jewelry reflects his cultural background using traditional and abstract designs. He also draws inspiration from his experience working as a professional archaeologist in the American Southwest for more than 20 years.