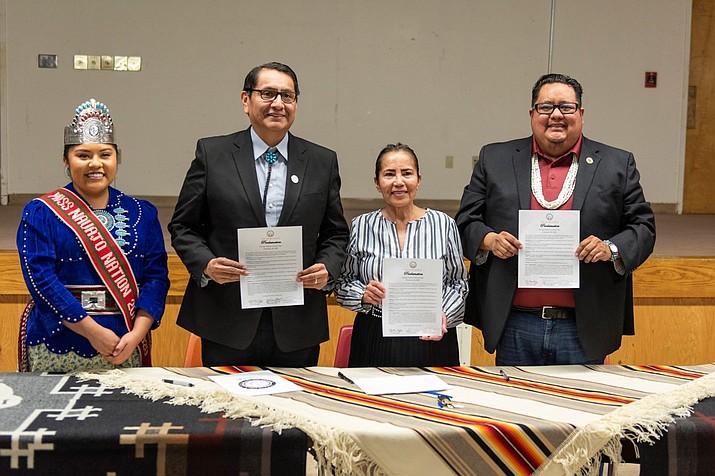 Every 10 years, the U.S. Census Bureau is required by the U.S. Constitution to conduct a count of the U.S. population. The Navajo Nation recognizes the importance of the participation of each Navajo citizen in the census count.

“The 2020 Census is an opportunity to provide a better future for our communities and future generations. The people’s participation and response help shape how billions of dollars in federal funds are distributed each year for tribal programs and grants. The census also shapes how congressional, state, county redistricting is determined, and the Nation’s goal is to strengthen our representation at all levels of government to benefit our citizens and communities,” Nez said.

On March 16, census questionnaires will be mailed or delivered to households, and people will have the opportunity to self-report by phone, by mail, or online. Throughout mid-March to May, census takers will visit each household to update address lists and collect information on questionnaires that were not self-reported. The deadline to submit surveys is July 31.

The proclamation states that the Navajo Nation will disseminate census information, participate in events that raise awareness of the census, provide advocates to speak to local government chapters and local events about the importance of the census, support census staff, and encourage all Navajo citizens to participate.