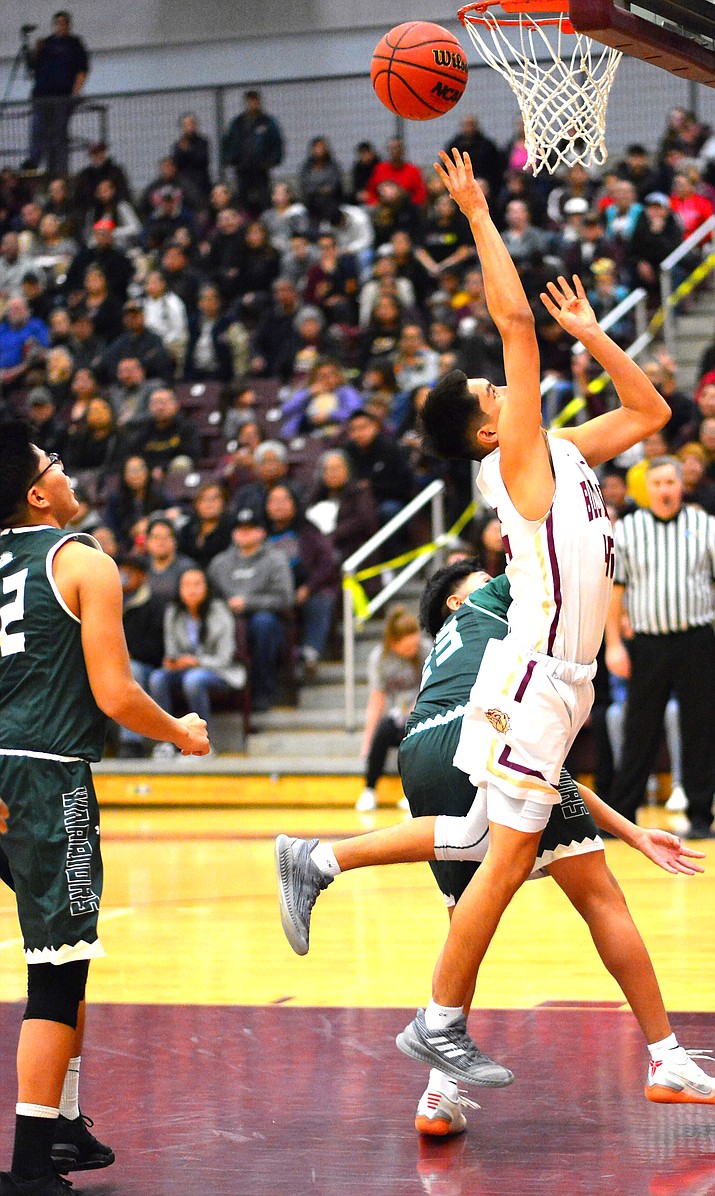 Zach Wagner, a senior at Winslow High School accepted an invitation to play basketball in Australia with Down Under Sports. Wagner is currently raising money to fund the trip. (Todd Roth/NHO)

WINSLOW, Ariz. — Winslow High School’s Zach Wagner has been invited to play basketball for the USA team in Australia. Wagner is currently a senior and will make the trip after he graduates. Wagner was on the 2018 Arizona State High School Championship Team.

“I was invited by “Down Under Sports Tournament 2020 to play. Right now I’m fund-raising to make the trip,” Wagner said. “I go in July for about one week. I have been invited since my sophomore year to go to this tournament but have not participated yet.”

Wagnor has a possibility to be on a championship team or to gain individual honors.

More information is available from Judy Wagner at (928) 613-8037. Donations for Wagner’s trip can be made at https://downundersports.com/payment/KYR-OJT.

About Down Under Sports

Down Under Sports was founded in 1989, based on the dream of two New Zealanders named George and Shelley O’Scanlon. They fell in love with athletics, especially American football (gridiron). Their dream was to promote football in Australia and New Zealand. In 1979, George founded the New Zealand American Football Association (NZAFA). This was the first time that American Football was played in the Pacific. In 1989, they began inviting American high school football players to compete in New Zealand and Australia. Over the years, this tournament, which was given the name “The Down Under Bowl,” started to see overwhelming success.