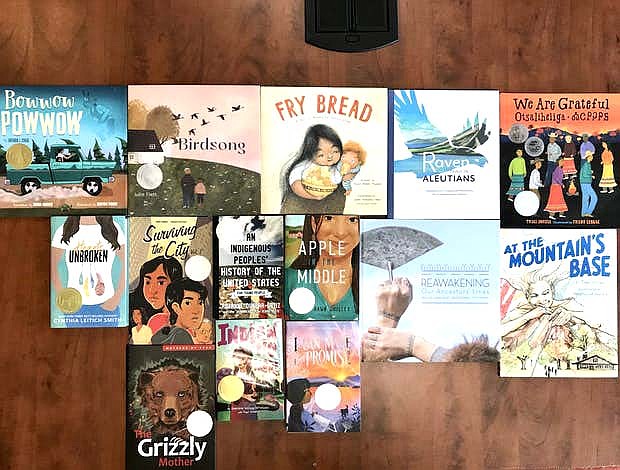 PHILIDELPHIA — “Hearts Unbroken,” “Bowwow Powwow” and “Indian No More” have a better reason to be placed on your bookshelves or in your children’s hands. They are the winners of the 2020 American Indian Youth Literature Award.

Since the American Indian Youth Literature Award’s establishment in 2006, winners were typically recognized at a local conference every other year. This wasn’t the case Jan. 27.

Winners were recognized under bright lights in Philadelphia at the annual Youth Media Awards hosted by the American Library Association, the world’s oldest library association.

Along with the big awards, books received national attention on stage with other prestigious children’s literature awards such as The Caldecott Medal, The Coretta Scott King Award and The Newbery Medal.

The list of awardees includes 14 books written and illustrated by Native people. It also included “Molly of Denali” which won an award for Excellence in Early Learning Digital Media.

The award is based on three categories: Best Picture Book, Best Middle Grade Book and Best Young Adult Book. It is an award given every two years.

The award’s criteria is specific. To be considered for the prize, both authors and illustrators of a book must be Native and recognized by the community they claim. They also require that stories are ‘free of stereotypes.’

The committee says this is because positive representation is important for Native children.

“If you’re gonna empower Native kids to read, it needs to be high quality,” says Naomi Bishop, Akimel O’odham and Pima, who is a committee member. “There’s a lot of misrepresentation out there and those books are harmful.”

The award criteria also encourages stories to reflect the values of Native cultures like community, language, history and family. They require that authors reflect accurate depictions of the story’s time period.

Aside from celebrating ‘the best of the best’ in Native children’s literature, the award was also created to increase the number of Native authors and illustrators in children’s publishing.

There were approximately 3,653 children’s books published in 2018. Of those, 38 of them were by Native or First Nations authors, according to a study by the Cooperative Children’s Book Center.

More information about the awards or other honorary books can be found at https://ailanet.org/.