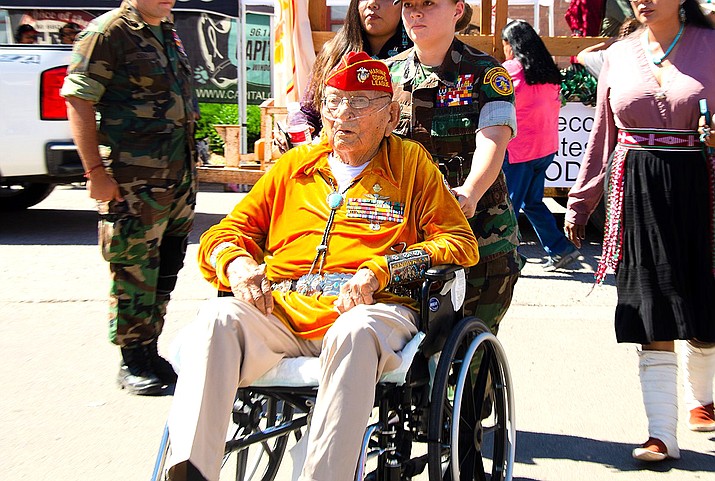 WINDOW ROCK, Ariz. — The Navajo Nation is mourning the loss of Navajo Code Talker Joe Vandever Sr., who passed away Jan. 31 at the age of 96 in Haystack, New Mexico.

According to his family, Vandever passed away due to health complications. He was born Feb. 5, 1923 into the Red Running Into the Water People clan, born for Two Who Came to the Water clan. He was married for 73 years to his wife, Bessie D. Vandever, who passed on Sept. 24, 2019.

Vandever enlisted with the U.S. Marine Corps in Santa Fe, New Mexico on March 26, 1943 and was honorably discharged as a corporal on Jan. 22, 1946. He served in northern Solomons, Bougainville, Emirau Islands, Guam, Marianas Islands, Okinawa, Ryukyus Islands, Occupation of Japan, and Occupation of China.

“The Navajo people have lost another great warrior who sacrificed more than we’ll ever know to defend our country. On behalf of the Navajo Nation, we offer our prayers and heartfelt condolences to his children, and many other loved ones,” Nez said.

The 24th Navajo Nation Council also sent its heartfelt condolences and prayers to the family and friends of the late Code Talker.

“We received word that we lost a true Navajo and American hero, Navajo Code Talker Joe Vandever Sr. Godspeed to him during his next journey,” said Speaker Seth Damon.

He was preceded in death by his parents Emma and Walter Vandever; his wife Bessie D. Vandever; son Anthony Vandever; and grandsons Charleston, Antonio, and Travis Vandever. Services are being arranged with Cope Memorial Chapel in Gallup. The burial will be in Santa Fe National Cemetery.