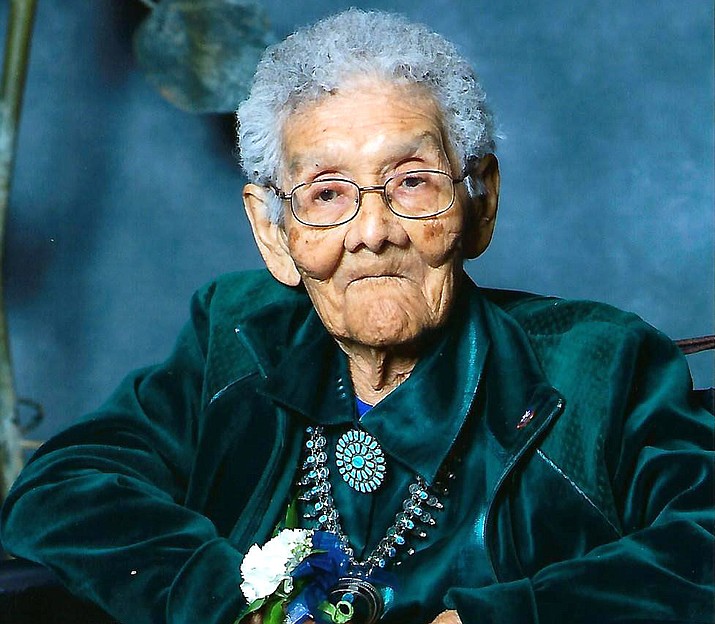 Sophie Yazzie, born near Canyon de Chelly on the Navajo reservation passed away Jan. 25 in Tucson. Yazzie is said to be the longest living veteran in Arizona. (Photo/Office of the Navajo Natiion Office of the Speaker)

Yazzie, who was born in 1914 in Arizona near Canyon de Chelly, enlisted with the U.S. Army Air Corps at age 28 and served until she was honorably discharged.

Following her military service, Yazzie returned home and worked at Wingate Boarding School while raising her children with her husband before retiring.

Tribal officials say she had four children, five grandchildren and five great-grandchildren with her late husband Jordan B. Yazzie.

A list of Sophie Yazzie's survivors wasn't immediately available Jan. 26 and a her funeral services were pending.