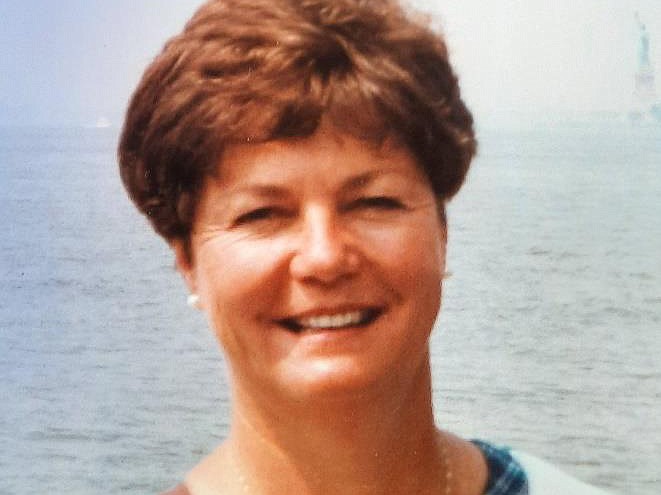 It is with deep sorrow and much love that we mourn the passing of Elizabeth ‘Betty’ Wade, of Cottonwood, Arizona, on Dec. 13 at the age of 75 years.

Betty was born on January 19, 1945 in Clarkdale Arizona, the daughter of Paul and Mary Reynolds. Her family were New Mexico pioneers that came to the United States in the mid-1800s.

Betty was baptized at St. Cecilia Church in Clarkdale and soon after the family moved to Winslow, Arizona where she graduated from Winslow High School.

Following graduation, she attended Northern Arizona University in Flagstaff where she met and married Bill Wade.

Betty worked several years at Flagstaff Junior High School and retired in 1989 when the family moved to Cottonwood. In 1999 the family bought a small home in downtown Durango, Colorado where they divided their time between Cottonwood and Durango.

Betty will be lovingly remembered by her husband of 56 years, Bill; and their two children: Bill III (wife Julie) and Leanne (husband Mark Beasley). They are blessed with four grandchildren: William IV, Paul, Rensler and Adelaide; as well as numerous relatives and friends.

She was a special person to many with a magnetic personality that would light up any room. She always put others before herself and the love she had for her family was immeasurable. During her thirty years in Flagstaff, she was involved in several organizations and community activities and was always willing to try new adventures. Over the years, Betty and her husband traveled the country on motorcycle, camped throughout the southwest, vacationed in several countries, and enjoyed flying annually to Baja California and Alamos, Mexico. They spent many summer weekends boating Lake Powell and winter skiing in Telluride.

She leaves her loving memories to be cherished by her sister Peggy Faucher (husband Rene) of Sun City; her brothers Charles Reynolds (wife Pat) of Prescott and Paul Reynolds (wife Vicki) of Goodyear, Arizona.

Betty was a parishioner of the Immaculate Conception Catholic Church in Cottonwood where she will have her final resting place.

We look forward to a gathering of family and friends that will be planned in 2021 to celebrate a mother and friend that will forever hold a loving place in all our hearts.