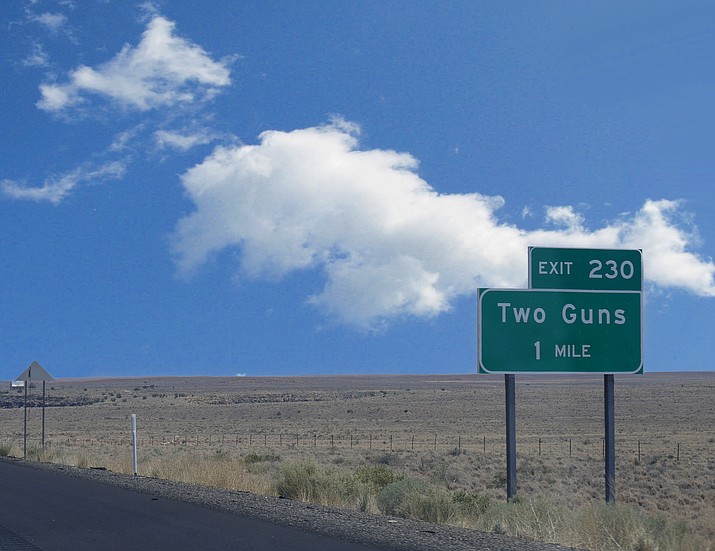 FLAGSTAFF, Ariz. (AP) — A large campground resort project proposed for a northern Arizona high desert site near the Navajo Nation is stalled amid objections centering on cultural sensitivity in general and teepees in particular.

The planned inclusion of wagons and teepees — the conical tents that were widely used by tribes on the Great Plains but typically not by Indigenous people of the Southwest — drew scorn from one county official considering a rezoning request and development plan for the project.

"If you're truly going to respect and honor the Native people, then do so," said Coconino County Supervisor Lena Fowler. "Don't be building something that just really is a stereotype again."

The county Board of Supervisors Dec. 15 concluded hours of discussion and presentations by delaying a vote on whether to approve the Two Guns Resort project, the Arizona Daily Sun reported.

The resort planned at the Two Guns interchange on Interstate 40 about 30 miles east of Flagstaff would include hundreds of recreational vehicle sites, 78 teepees, 98 cabins, 19 yurts, 43 wagons and a 13-unit hotel. It also would include a Route 66 drive-in theater, steakhouse, water park, pet resort and helipad, as well as a military museum and Native American memorial.

The 247-acre parcel is intersected by Diablo Canyon and contains historic features including old segments of Route 66 and remains of a zoo and KOA campground.

"There's a lot of just amazing pieces to this property," developer John Gunderman said. "If it didn't have Route 66 or if it didn't have the Canyon Diablo, or any of these other things that are on this property, I wouldn't even be looking at this. … This is my dream. I have put all my love, everything I own into this thing over the past 2 1/2 years."

Conditions attached to the project would prohibit development in the canyon, limit development next to the canyon and require the developer to not only submit the findings of an archaeologist's cultural resource review but also consult with the Navajo Nation, the Hopi Tribe and applicable Apache groups.

The county board and the developer reached agreement on several matters such as setback distances but the they didn't resolve some culture-related concerns.

Fowler, who is Navajo, suggested expanding the required cultural resource review because of the proposed resort. She expressed displeasure with the teepees and wagons for lodging, saying they contrast with the intent of the planned Native American memorial.

Fowler said there should be consultations with Northern Arizona University, tribal historic and tourism offices and museums to ensure local Indigenous peoples are honored through the development.

A developer representative pushed back, arguing that teepees are a part of the glamping industry as seen in campgrounds in the region and that dropping the many planned teepees would require reworking the site plan.

"Yes, we want to work with the Nations; however, this is not just a cultural project," said project engineer Krishan Ginige. "It is something that we would like to honor the cultural and the social aspects of. So I think we need to find a balance and the differentiation between the two."

Board Chair Liz Archuleta said the board wasn't requesting a historic project and would continue to work with the developer if there's a sincere attempt to revise the plans.

"We're asking that you recognize the sense of place where you're at in Coconino County," Archuleta said.