Welcoming the Winter Solstice: An important part of many Indigenous cultures spiritual beliefs 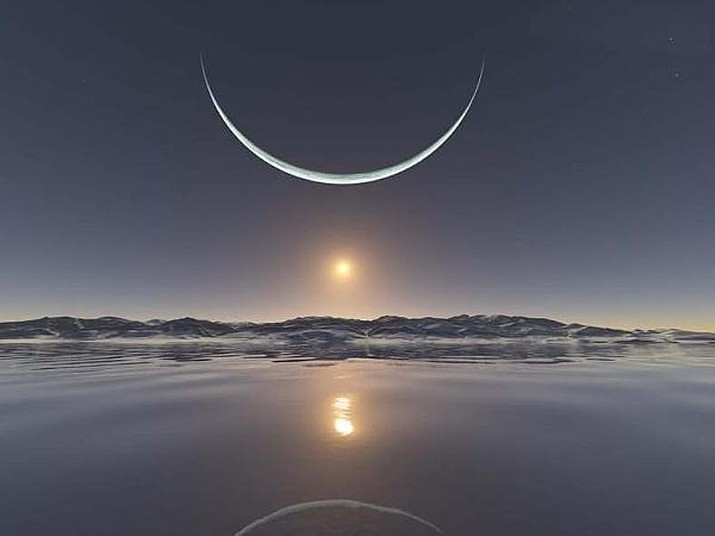 The Winter Solstice is a time of spiritual belief, cosmic change and renewal. (Photo courtesy of Indian Country Today)

In scientific terms, the winter solstice occurs at the precise moment when the axial tilt of earth’s polar hemisphere is the farthest away from the sun.

That moment arrived, Dec. 22 when the North Pole tilted 23.5 degrees away from the sun, bringing about the shortest day and the longest night of the year.

In cultural terms, the winter solstice has been a special moment that was recognized as far back as Neolithic times.

These astronomical events in ancient times impacted the sowing of crops, mating of animals and handling of winter reserves between harvests.

The winter solstice was an important part of many indigenous cultures spiritual beliefs, a time of cosmic change and renewal, as well as a time where indigenous communities faced existential questions.

Surviving winter was far from guaranteed for those in colder climates, and celebrations that took place during the winter solstice were epic.

For example, cattle were slaughtered (they couldn’t be kept alive over winter) and it was often the only time an indigenous community could enjoy fresh meat.

Because the winter solstice is also an event that marks the return of the sun’s presence in the sky, it has been connected with renewal, birth, sun gods and life-death-rebirth deities.

The winter solstice’s importance to ancient cultures is most famously on display in the Neolithic and Bronze Age sites of Stonehenge, in England, and Newgrange, in Ireland.

These monuments contain primary axes that appear to have been carefully aligned on a sight-line which points to two key moments during the winter solstice.

Stonehenge, believed to have been built between 3000 BC and 2000 BC, is one of the most recognizable archaeological sites on the planet.

With its large standing stones set within earthworks and composed in a large circular setting, what many don’t realize is Stonehenge has a strong winter solstice connection.

There are five Great Trilithons at Stonehenge (structures consisting of two large vertical stones that support a third stone set horizontally across the top, the most iconic features of the site), one of which was erected outwards from the entrance of the monument, its face turned towards the winter solstice sunset.

At Newgrange in eastern Ireland, which is older than Stonehenge, built around 3,200 BC, the connection to the winter solstice is even more striking.

This large mound structure and passage tomb, with grass growing on top, has a room within it that floods with light as the sun rises on the winter solstice.

This alignment was no accident, with archaeologists and religious scholars alike agreeing that this site, which was once sealed and closed for several millennia, was a place of great import to its builders and the indigenous cultures who worshipped there.

Here in North America there is evidence of celebration and worship of the winter solstice, at places like Cahokia Mounds State Historic Site, the site of an ancient indigenous city from 600-1400 AD.

The site contained 120 earthwork mounds built over an area of roughly six square miles (80 remain) and is the largest archaeological site left by the Mississippian culture, which had complex and advanced societies all across the Midwest and eastern North America.

Archaeologists discovered Woodhenge and found that the placement of the posts marked both the solstices and equinoxes.

Further analytical work showed that the placement of these posts was by design, with such artifacts as a beaker found near the winter solstice post that bore a circle and cross symbol which symbolized the Earth and four cardinal directions.

In rural Peebles, Ohio, the Great Serpent Mound, believed to have been built by the Fort Ancient people between 1000 and 1550 AD, slithers away from the winter solstice.

The Great Serpent Mound is possibly the best-known serpent effigy in North America, stretching out nearly a quarter of a mile in the unmistakable form of a uncoiling serpent.

The serpent’s head is aligned to the sunset during the summer solstice, the coils and tail are believed to point to the sunrise on the days of the winter solstice and the equinoxes.

During the period between 1150 AD and 1375 AD, a still unexplainable series of mounds were built by the ancestors of the Creek Indians in Georgia, western North Carolina and the eastern edge of Alabama.

These five-sided mounds are unique to the region, and were “perfectly arranged on the apexes of a triangular matrix, stretching for several hundred miles,” according to an article by Richard Thornton, part of an alliance of Muskogean scholars. “One leg of the isosceles triangles was true north-south. Another leg was true east-west. The hypotenuse was the angle of the solar azimuth at sunset on the winter solstice. How the accurate surveying of such long distances was accomplished by the indigenous people of the region has never been explained."

Indian Mounds across the country, from Spiro Mounds in Oklahoma to Town Creek Indian Mound in North Carolina, have connections to the winter solstice.

The winter solstice for the Maya of South America is a important time for rebirth, reflection and renewal as the end of one cosmic cycle arrives with the beginning of a new cycle.

Winter solstice ceremonies and celebrations have been an important component of Central and South American indigenous communities for many millennia.

This year, there will be celebrations throughout South America from El Salvador and Guatemala to Belize and Peru.