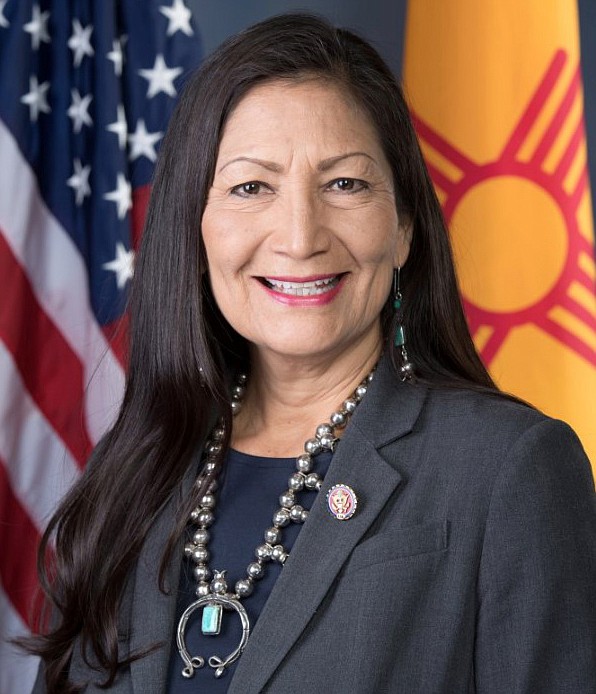 U.S. Congresswoman Deb Haaland (D-N.M.), has been selected to serve as the Secretary of the U.S. Department of the Interior when the Biden-Harris Administration takes office in January. (Photo/Navajo Nation)

WINDOW ROCK, Ariz. – Congresswoman Deb Haaland (D-N.M.), was selected to serve as the Secretary of the U.S. Department of the Interior for the Biden-Harris Administration.

The New Mexico Congresswoman will be the first Native American in history to serve in a high-level position.

Navajo Nation President Jonathan Nez stated that he is overjoyed about the selection.

“It is truly a historic and unprecedented day for all Indigenous people as Congresswoman Deb Haaland has been selected to head one of the largest federal agencies, which oversees the BIA and BIE, at the highest level of the federal government,” he said.

Nez congratulate Haaland and thanked the Biden-Harris team for making a statement and keeping their word to place Native Americans in high-level cabinet positions.

“I am looking forward to continuing to work with Congresswoman Haaland and the Biden-Harris Administration in the years to come,” Nez said.

“Her nomination demonstrates a commitment to strengthening the trust responsibilities between Interior and the Tribal communities it serves. I congratulate our friend Deb Haaland on this historic nomination, and I look forward to continuing to work with her in this new role,” he said.

In November, Nez publicly stated his support for Congresswoman Haaland to serve as the next Interior Secretary, saying Haaland has been a strong voice for all tribal nations and the people of New Mexico.

“Her advocacy for equality and justice has never wavered and continues to grow stronger. Her ability to weigh the issues from social, economic, and political standpoints is unique and something that is not easily found,” he said.

Nez added that Haaland’s unique background and experiences, dedication and commitment to public service are exactly what is needed at the helm of the Department of the Interior, especially for the Bureau of Indian Affairs and Bureau of Indian Education.

“We need a person like Congresswoman Haaland to lead the Department of the Interior to build a stronger relationship between the federal government and tribal nations,” Nez stated.