Bears Ears National Monument back in spotlight as politics shift 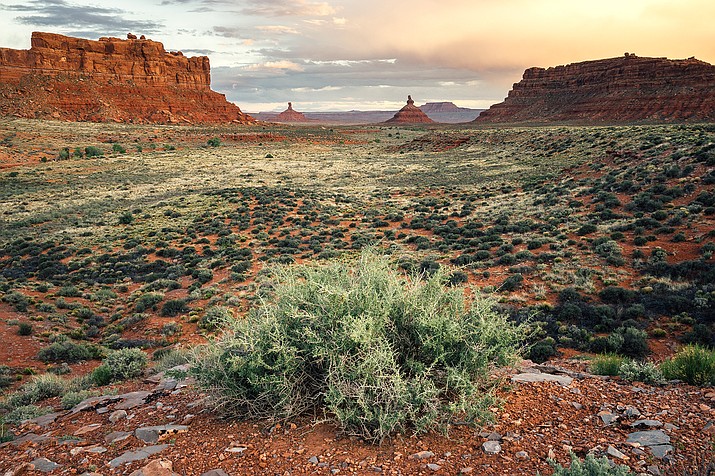 FLAGSTAFF, Ariz. — Both the Navajo Nation and the San Juan County Commission have come forward in the past two weeks to endorse the restoration of Bears Ears National Monument to its original size.

As President-Elect Joe Biden edges closer to inauguration, stakeholders are hopeful his administration will place the restoration of the monument as a priority.

Navajo Nation President Jonathan Nez released a statement Dec. 10 saying various tribes and other stakeholders worked with the Obama Administration for years prior to the 2016 designation of Bears Ears National Monument, and said despite the dismantlement by the Trump Administration in 2017, the Nation supports the full restoration of the monument and “look(s) forward to working with the incoming Biden-Harris Administration to accomplish that.”

Nez said the land within Bears Ears is the ancestral home of many southwestern tribes and the birthplace of Navajo leader Manuelito.

“Tribal nations depend on the land within the region to sustain their traditional livelihoods and cultural practices, such as hunting, gathering and ceremonies,” he said. 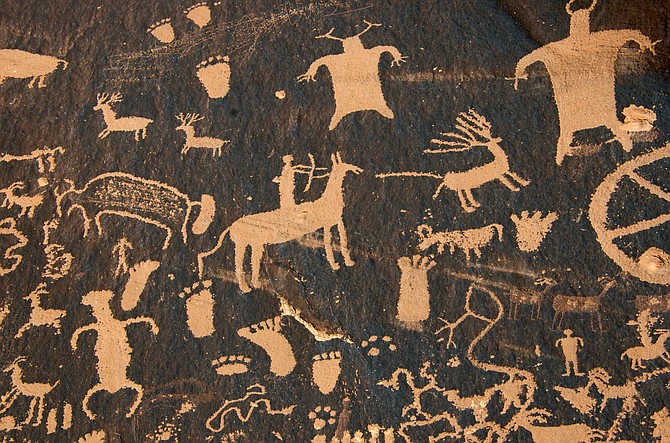 The commission approved a prior resolution in 2019 recommending the reversal of the action of the Trump Administration, and the commission reaffirmed this stance with the Dec. 1 resolution, saying they support the restoration of the entire landscape “which contains important and sacred lands and resources valued by many Native peoples and request the Biden Administration to restore the monument to its original size.”

Adams opposed the resolution believing it was too soon to push for the restoration.

“I think we know that Joe Biden had made it a priority in his campaign to restore this monument, it seems a little bit premature to me to try to pressure him to do this before he’s ever been made the president,” he said.

The passing of the resolution is a dramatic shift for the commission. Four years ago, when President Barack Obama designated the monument, the commission, along with many Utah state leaders, opposed the designation.

On Dec. 28, 2016, Obama, through the Antiquities Act, proclaimed Bears Ears National Monument in southeast Utah. The 1.35 million acre monument was to be managed by the Bureau of Land Management and the U.S. Forest Service.

The monument was to have a commission that consisted of one elected officer each from the Hopi Tribe, Navajo Nation, Ute Mountain Ute, Ute Indian Tribe of Uintah Ouray and the Zuni Tribe, designated by the officer’s respective tribes.

The 1.35 million acres is known to be rich in cultural and natural resources and contains numerous archaeological sites such as rock art, ancient cliff dwellings, ceremonial sites and thousand-year old artifacts.

“The paleontological resources in the Bears Ears area are among the richest and most significant in the United States, and protection of this area will provide important opportunities for further archaeological and paleontological study,” said Obama in his proclamation for Bears Ears.

“The area’s human history is as vibrant and diverse as the ruggedly beautiful landscape,” Obama said. “The landscape is a milieu of the accessible and observable together with the inaccessible and hidden.”

Under the original designation, the monument was closed to new mining claims or new energy development. Existing claims would be honored.

On Dec. 4, 2017, President Donald Trump, through a presidential proclamation, reduced the size of Bears Ears by 85 percent. He also cut Grand Staircase-Escalante in half. Many Utah officials, some local residents and those interested in utilizing the land for mineral extraction were in support.

Trump’s proclamation said the Antiquities Act requires a monument be confined to the smallest area compatible with the proper care and management of the objects of historic or scientific interest to be protected, and some of the objects in Obama’s proclamation “are not unique to the monument, and some of the particular examples of these objects within the monument are not of significant scientific or historic interest.”

Trump also said objects that were described in Obama’s proclamation were already being protected by Wilderness Study Areas and other federal protections under existing laws and management designations.

Two years later, in February 2020, despite numerous lawsuits from conservation groups and Native American tribes, the federal government released a final management plan for the reduced monument which opened the door to energy development in the areas cut from the original monument. The monument was sliced into random sections rather than the original large swath. The plan now allowed mining, drilling and extraction opportunities inside the original boundaries, and off-road vehicle access to many sensitive archaeological sites.