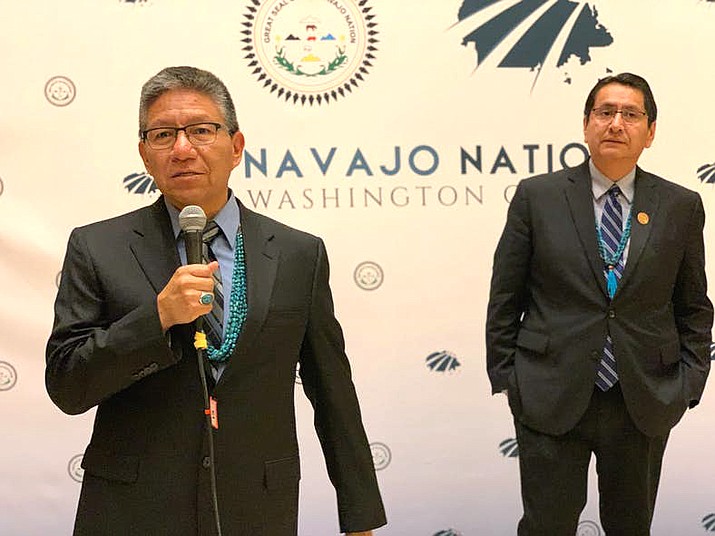 Lizer is among 17 people set to give remarks Aug. 25, although the time and other details of his appearance have not been released.

This year’s scaled-back RNC kicked off Aug. 24, with 336 delegates gathered in Charlotte, North Carolina — six from each state, Washington, D.C., and the U.S. territories.

Besides formally awarding President Donald Trump the Republican nomination, delegates approved a handful of resolutions, including one that seeks to preserve Columbus Day as a national holiday.

In recent years, cities and states across the country have passed motions declaring the day Indigenous People’s Day.

The resolution states that “men and women who have made historically significant, positive contributions to humanity are universally complex figures,” and encourages the continued public education and celebration of Columbus.

“The RNC affirms the need to take a strong position in support of our founding ideals, and in solidarity against anti-Italian and anti-Catholic prejudice, by defending Columbus Day as a federal holiday and urging all Republican candidates to do the same,” the resolution says.

While his official acceptance speech at the Republican National Convention isn’t until the evening of Aug. 27 from the White House South Lawn, Trump made a surprise trip and gave remarks to delegates in Charlotte Aug. 24.

The president touted his record during his three-plus years since taking office, ranging from the number of judges appointed to being tough on China to railing against mail-in ballots.

Trump also took a shot at Massachusetts Democratic Sen. Elizabeth Warren and the Democratic Party as a whole for “screwing over” Vermont Sen. Bernie Sanders for the second consecutive election.

He referred to Warren as “Pochahontas” and accused her of shifting the contest in Biden’s favor after dropping out of the race following Super Tuesday back in March.

Lizer in support of Trump

Lizer has met with Trump a few times over the course of his presidency.

The Navajo Nation vice president and his wife, Dottie, were among a group of people in the Oval Office in November 2019 when the president signed an executive order establishing a task force on missing and murdered Indigenous women.

Lizer also attended a Trump event hosted by Students for Trump in Phoenix in June and was a part of the group of tribal leaders who met with Trump during a May trip to a mask factory in the same city.