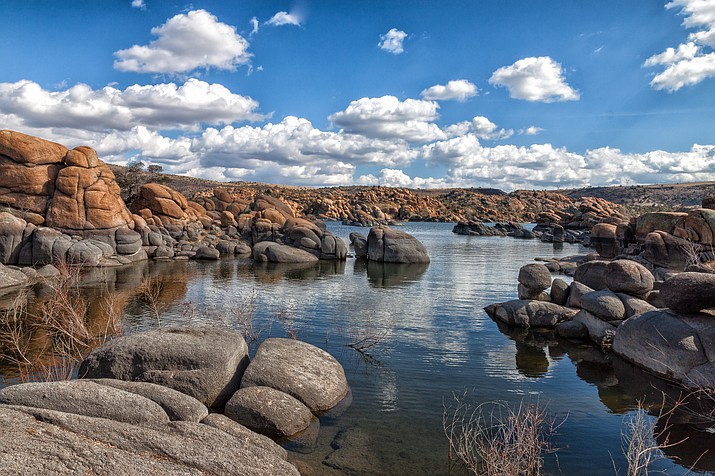 Save the Dells, an environmental group trying to preserve the Granite Dells, has brought to light that a 10-acre pit house is located just outside an area that may be saved according to a proposed agreement between the developer, the city of Prescott and Save the Dells. (Adobe Stock)

PRESCOTT, Ariz. — Native Americans have a chance to save ruins in Prescott's Granite Dells, but those chances may be missed because of the difficulty in getting in touch with workers at the various tribes' cultural preservation offices.

Those offices may be closed because of the coronavirus.

Save the Dells, an environmental group trying to preserve the Granite Dells, has brought to light that a 10-acre pit house is located just outside an area that may be saved according to a proposed agreement between the developer, the city of Prescott and Save the Dells.

Public hearings will be held before an agreement or further development of the ruins area moves forward, but those dates have not been set yet.

Jason Gisi, owner of Arizona Eco Development (AED), said they are studying the area of the ruins before any decision is made about what to do with it. Gisi said the development will meet Prescott's city codes as well as state and federal laws.

Gisi said he has not contacted any tribes and no tribes have contacted him.

John Heiney, community outreach director for Communications, Economic Development and Tourism for the city of Prescott, said the city has taken no position regarding the site.

Joe Trudeau, co-founder and Conservation director at Save the Dells and Southwest Conservation Advocate with the Center for Biological Diversity, wants to save the Native Americans site in Prescott's Granite Dells area that is currently just outside the boundary of an area that would be saved, according to a recent proposed agreement between Save the Dells, the city of Prescott and Arizona Eco Development (AED).

Trudeau said there are many historic, cultural and archaeological sites in Prescott’s Granite Dells area. Some have been preserved, but many have been destroyed and paved over.

"Of immediate concern are several pit houses on a bluff overlooking the confluence of Granite Creek and No Name Creek. These [sites] occur over a 10-acre area that is slated to become a gated subdivision. We can’t let this happen,” he said. “Politicians beholden to wealthy developers are allowing American history to be wiped off the map, and that’s an insult to all of us."

Alida Montiel, cultural research coordinator for the Inter Tribal Council of Arizona, said she understands the need for housing, but such a beautiful area should not be overwhelmed with construction.

"We would like to keep them from building over it (the pithouses) if at all possible," she said.

Montiel said sometimes businesses are open to working with tribes. For instance, in Casa Grande, Walmart made a buffer zone in order to not infringe on Native ruins.

"The landowner may want to do what's right in coordination with the tribes so culture and tradition can continue," she said.

The Arizona Inter Tribal Council of Arizona is reaching out to other Arizona tribes to see if they want to pursue attempting to save these pit houses.

Trudeau said there has been no communication between the city, the developer and the tribes about the pit houses.

"I also doubt that the developer, Arizona “Eco” Development, has been approached by any tribes. Neither the developer nor the city have been forthright about this proposal to pave over these culturally important sites. I’m guessing they’d rather not talk about it," he said.

Trudeau said Save the Dells has been very successful in compelling the developer and the city to commit to protecting a large swath of land as public open space. The city recently approved a letter of intent from the developer that would commit them to protecting 475 contiguous acres as part of a growing Granite Dells Regional Park open space network.

"However, the ten acres where these pit houses occur are just outside the boundary of what will be protected land. These sites are on a relatively flat and easily developable grassy bluff, so the developer probably sees an opportunity to pack another 30 or 40 houses in there," he said.

Trudeau said if these ruins are to be saved from destruction, the developer must modify his subdivision concept plan and protect just another 10-acres so these prehistoric sites can remain intact and provide opportunities for future research, education, and worship.

"But before Council can vote, the development plan will go through city staff review, Planning and Zoning Commission review, and a 60-day public comment period. I’m a white man; I can’t speak for Indian Country. So I hope that Native people can speak up during this process, and advocate for protecting and honoring the ancient people who farmed these riverbanks. I’m hopeful that we can protect these sites by working together and sending a unified message for preservation," he said.

Save the Dells has sent letters to the Hopi Cultural Preservation Office, the Yavapai-Prescott Indian Tribe, and the Salt River Pima Maricopa Indian Community to alert them to this urgent situation.

The Navajo, Hopi and Yavapai Prescott Tribe's Cultural Preservation Office's have not responded for comment.

"We have not received any formal responses from any of the tribes contacted. I would be honored to accept a call or email from these tribes, or any others with ancestral connections to the Granite Dells," Trudeau said.

More information is available or to learn how to comment to the city of Prescott by contactinging Save the Dells at savethedells@gmail.com.