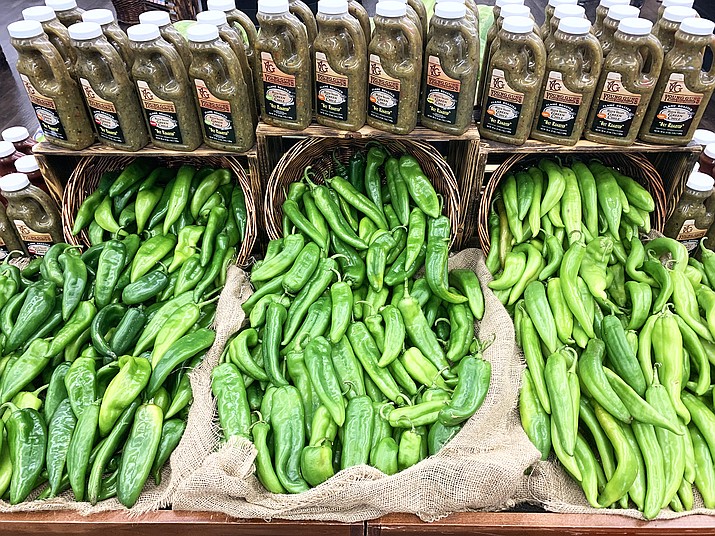 PHOENIX, Ariz. — While many of us cannot wait for cooler temperatures to arrive, it is about to get a lot hotter throughout the state with the arrival of the Hatch Green Chile season, which runs from now to mid-September.

Now until Sept. 8, Arizonans are invited to a fun #HatchAtHome Challenge in celebration of the Hatch Green Chile season. Food City, Bashas’ and AJ’s Fine Foods are challenging all of those hunkered down at home. They want to see what you can make with Hatch Green Chiles during the next 30 days.

Sept. 9: Grand-prize and runner-up prize winners will be randomly selected

It has been months since the pandemic limited restaurant options and caused many people — even those who have never made a meal in their own kitchen — to cook more at home. Consumers now report cooking an average of six dinners at home a week, compared with 3.8 weekly home-cooked dinners in a 2018 survey. Because of stay-at-home and quarantine orders, everyone is spending more time cooking, watching TV, browsing social media and exercising.

While some are experiencing cooking fatigue in the kitchen, others have felt more empowered, discovering they enjoy preparing and eating homemade food more than expected. Some new recipes, habits and skills appear likely to last as consumers participate in more cooking projects at home.

The Hatch Green Chile harvest has become a culinary celebration in the Southwest.

Fresh, authentic Hatch Green Chiles can add flavor to any at-home meal, from cheeseburgers to enchiladas. The harvest timeframe is limited, so many people stock up during the season and freeze Hatch Chiles so they can use them year-round. Besides being tasty, green chiles also have many health benefits.

• Authentic Hatch Chiles are only available from August to September.

• Hatch Chiles come from the Hatch Valley in southern New Mexico. These are the only authentic Hatch Chiles in the world.

• More chile peppers are grown in New Mexico than any other state in the United States.

• Like tomatoes, potatoes, and eggplants, chile peppers are members of the nightshade family.

• Although they are commonly considered vegetables, peppers are botanically defined as fruit.

• Each plant can produce as many as 20 pods, or chiles.

• The Hatch Chile flavor is a uniquely peppery with hint of citrus and smokiness; it is said to be the result of the unique soil in the region where Hatch Chiles are grown.

• The heat, or spice, of a Hatch Chile can vary greatly, from the milder range of a poblano pepper to the fire of a serrano.