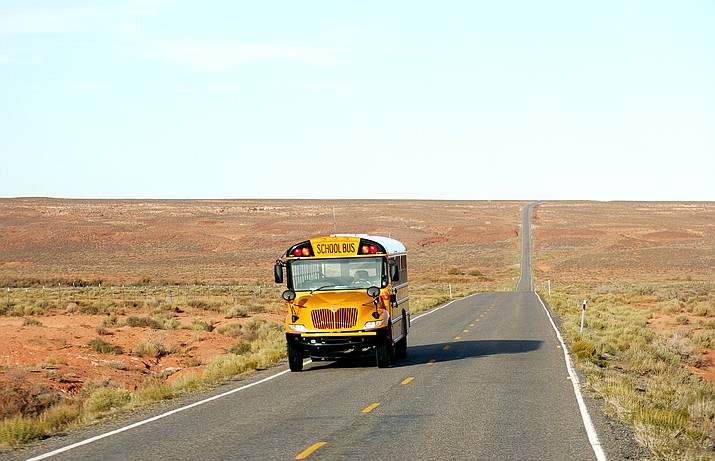 WINDOW ROCK, Ariz. — The Navajo Nation president urged all schools on the Nation Aug. 13 to implement online learning for the current semester to reduce COVID-19 risks, despite Bureau of Indian Education guidelines stating schools should open Sept. 16 for in-person learning.

Navajo Nation President Jonathan Nez said his administration’s recommendation would include public, Bureau of Indian Affairs operated, tribally controlled, private, parochial and charter schools. Nez said he wants all schools to use online/virtual learning for the remainder of the current semester to reduce the risk of spreading the coronavirus among students, teachers and other school employees.

On Aug. 10, Nez spoke with Asst. Secretary of Indian Affairs Tara Sweeney and Bureau of Indian Education Director Tony Dearman and informed them that he does “There is a possibility that parents may choose to move their children out of BIE schools if they feel that BIE schools are unsafe and enroll them in other schools that offer online classes,” Nez said.

Nez said if the number of enrolled students goes down within BIE schools, the federal government may be provided with the justification to cut funding to those schools.

“Which would be very disappointing and unfortunate,” Nez said. “We hope this is not their intention. BIE acting Associate Deputy Director Charles Sherman assured us that they respect the sovereignty of the Navajo Nation and will proceed with online classes.”

BIE schools are currently closed until Sept. 16. State educational departments and governors for the states of New Mexico, Arizona and Utah have also acknowledged the Navajo Nation’s inherent sovereign authority to impose online learning for schools within the Navajo Nation.

“The number one priority is the safety and health of all students, teachers and administrators during the COVID-19 pandemic,” Nez said. “We urge all schools to do their very best to provide all students with the resources needed to advance their education. We recognize that there are challenges including the lack of adequate telecommunications infrastructure to support online learning for all students and we are advocating to use CARES Act funds to help address that issue. The Navajo Nation is exercising our inherent sovereign authority to protect the health and well-being of our children, their families, and our communities.”

In July, the Nez-Lizer Administration presented a proposal to use approximately $94 million in CARES Act funds for telecommunications and broadband development. Through Resolution CJY-67-20, the Navajo Nation Council approved $68 million in CARES Act funds for broadband development, which remains under consideration by the Nez-Lizer Administration.

Additionally, the Navajo Nation Board of Education passed resolution NNBEAU-658-2020, approving and recommending that all Navajo Nation schools provide virtual or online options.