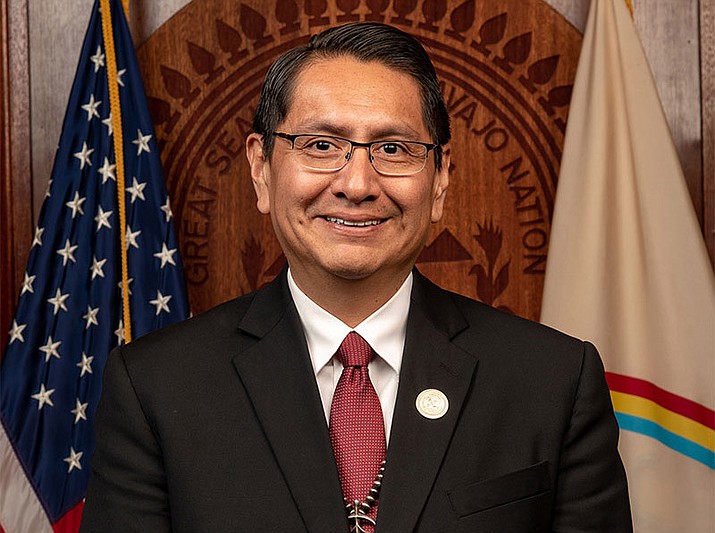 This year’s Keynote Address will feature not one, but seventeen of what the party considers rising stars from all across the country.

“The speakers will offer a diversity of different ideas and perspectives on how to move America forward, but they will all speak to the future we’re building together—a future with Joe Biden at the helm,” a press release said.

“Amidst all of the chaos and crises our nation is facing, Democrats are focused on finding new and innovative ways to engage more Americans than ever before—because that’s how we’ll mobilize the nation to defeat Donald Trump in November,” said Joe Solmonese, CEO of the 2020 Democratic National Convention. “The convention keynote has always been the bellwether for the future of our party and our nation, and when Americans tune in next week they’ll find the smart, steady leadership we need to meet this critical moment.”

The Keynote Address will take place during Tuesday’s program, under the theme “Leadership Matters.” The night’s focus will be on the leaders and the experts, the veterans, the activists, and all those who seek to unite and not divide, and who step up—and don’t back down—from a fight over what’s right.

• Stacey Abrams, Georgia: Abrams, American politician, lawyer, voting rights activist, and author who served in the Georgia House of Representatives from 2007 to 2017, and served as minority leader from 2011 to 2017. She is a member of the Democratic Party. Abrams was the Democratic party's nominee in the 2018 Georgia gubernatorial election, becoming the first African-American female major-party gubernatorial nominee in the United States.

• State Senator Raumesh Akbari, Tennessee: State Senator Raumesh Akbari was elected to the Tennessee State Senate in Fall of 2018 after serving as a State Representative since 2013. Senator Akbari is currently chair of the Senate Democratic Caucus; former chair of the Tennessee Black Caucus of State Legislators; National Treasurer of the National Black Caucus of State Legislators (NBCSL); a State Director within Women in Government; and Financial Secretary of N.O.B.E.L., the National Organization of Black Elected Legislative Women. She served as a member of the Unity Task Force on Criminal Justice Reform.

• Congressman Colin Allred, Texas: Representative Allred was elected in 2018. He represents northeast Dallas. Prior to being elected, Allred was a player in the NFL and the Civil Rights Attorney focusing on voting rights.

• Congressman Brendan Boyle, Pennsylvania: Representative Boyle was elected in 2015. He represents the northern Philadelphia area. Prior to being elected to congress, he was a member of the Pennsylvania House of Representatives.

• State Senator Yvanna Cancela, Nevada: Yvanna Cancela was appointed in 2016 and then elected in 2018 to serve as Senator of Nevada's 10th District. As the daughter of Cuban immigrants, she is the first Latina to serve in Nevada's State Senate. Yvanna also is the executive director of the Immigrant Workers Citizenship Project. In 2014, Yvanna was named a White House Champion of Change for her work in immigration reform.

• Mayor Robert Garcia, California: Mayor Garcia was elected in June 2014 and was the first openly gay Mayor of Long Beach. Prior to being mayor he served as a member of the city council. Garcia immigrated from Peru when he was 5 years old with his mother.

• State Rep. Malcolm Kenyatta, Pennsylvania: Malcolm Kenyatta was first elected to serve as state representative for Philadelphia County in November 2018. He serves as Vice Chair of the Philadelphia Delegation and as a member of the Governor’s Taskforce on Suicide Prevention as well as a host of committee leadership positions. As the first openly LGBT person of color and one of the youngest members elected to the PA General Assembly, he is deeply committed to creating an equitable and inclusive society.

• State Senator Marlon Kimpson, South Carolina: Senator Kimpson was elected in 2013 in a special election. He is a lawyer representing a variety of clients including asbestos workers injured by occupational disease, employees and investors whose retirement funds have diminished due to fraud, families devastated by transportation accidents, and students whose civil and human rights were violated.

• Congressman Conor Lamb, Pennsylvania: Representative Lamb was elected in 2019. He represents the northwestern Pittsburgh area. Prior to being elected, Lamb was an Assistant U.S. Attorney in the Justice Department's Pittsburgh office. Lamb served on active duty in the U.S. Marine Corps from 2009-2013 and went on to serve as a Major in the U.S. Marine Corps Reserves.

• State Rep. Mari Manoogian, Michigan: Representative Manoogian was elected in 2018. Prior to being elected, she worked in the State Department.

• State Rep. Victoria Neave, Texas: Texas Representative Neave was elected in November 2016 and re-elected in 2018. She represents part of Dallas County. She runs her own law firm where she represents clients on a broad range of topics.

• State Rep. Sam Park, Georgia: Representative Park was elected in 2016. He was inspired to run after his mother was diagnosed with Cancer and was able to receive treatment through the Affordable Care Act. He is the first openly gay man to be elected to the state legislatuer in Georgia. He did a Georgia LGBTQ+ Listening Session for the campaign in June.

• Mayor Randall Woodfin, Alabama: Mayor Woodfin was elected in October 2017, beating an incumbent in a run-off. The Mayor is the youngest Mayor in over a century in Birmingham. Prior to being elected Mayor he was a member of the Birmingham City School Board and an Assistant City Attorney for the City of Birmingham. He won his election focusing on revitalizing his city.

Ways to Watch and Get Involved

The Democratic National Convention will take place over four nights from August 17-20, 2020. Convention programming will air from 9:00-11:00 PM Eastern. Additional speakers, including national leaders, advocates and celebrities will be announced in the coming days.

The official live stream for the 2020 Democratic National Convention will be hosted on DemConvention.com, where viewers can also find the full convention schedule, a digital toolkit to get involved, more resources for viewers, delegates and the media and additional plans and details.