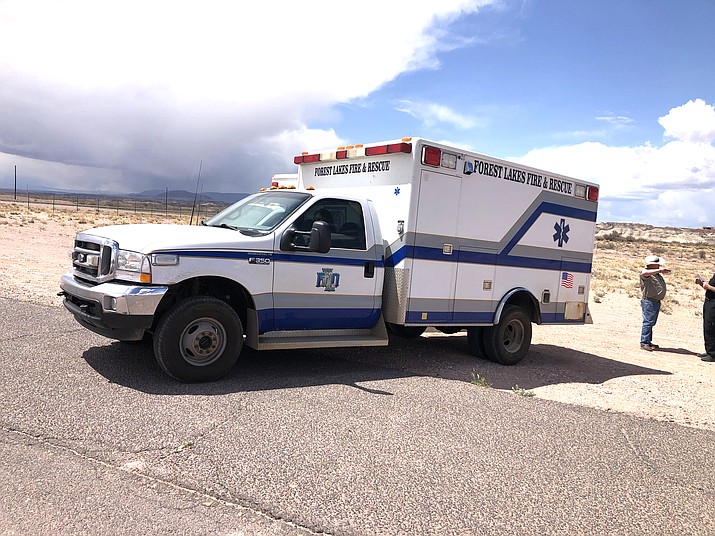 FLAGSTAFF, Ariz. — Sacred Mountain Medical Services in Tuba City received a donated ambulance April 21 to assist them as they provide medical transportation on the Navajo Nation.

The ambulance was made available after Forest Lakes Fire Department received a $250, 000 grant from the Gila River Indian Community in southern Arizona to purchase a new ambulance. The department then donated the replaced ambulance to Parks, to be given to Navajo Nation. 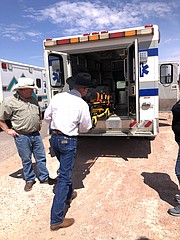 “We needed to find somebody who would benefit from it and somebody had mentioned Sacred Mountain there in Tuba City and that they had lost several ambulances due to crashes and were in need of any ambulance they could get,” he said.

Because of recent guidelines in place because of COVID-19, Parks, along with Arizona State Representative Bob Thorpe, delivered the ambulance to Sacred Mountain Medical Services at the Tuba City Airport.

“They are everyday transporting people with this virus to medical facilities… they are badly in need of not only another ambulance but may be in need of some sleep. They’ve been working pretty hard up there and they are doing the best they can for their people and we are trying to do the best we can for the Navajo people, as well,” Parks said.

The ambulance is equipped with a power lift for the gurney, making it possible for one attendant working alone to load patients.

“This may be a back-saver for the Sacred Mountain attendants, as they are transporting several patients per day to Tuba City, and to other medical facilities for treatment,” Parks said.

To go along with the ambulance delivery, David Peelman from Show Low, candidate for LD7 also delivered a load of food and supplies donated by Rep. Walter Blackman and Sen. Sylvia Allen.

The ambulance will go to Tucson for inspection before being put into service.