NTU showcases student research and capstone projects prior to COVID-19 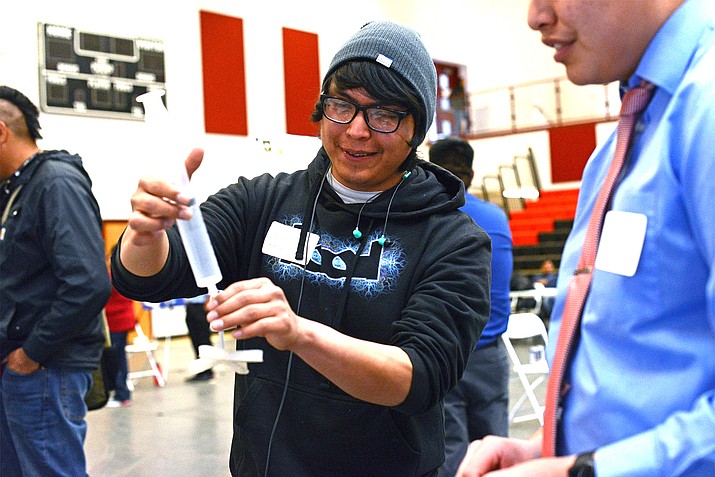 “Each year we bring together students from the region to display their research projects and offer them an incentive,” said Dr. Casmir I. Agbaraiji, NTU dean of Undergraduate Studies. “Our goal of Research Day is to promote student projects at all levels and for them to integrate other skills such as public speaking, problem solving, and creative thinking through their demonstrations.”

The winner of this year’s event was Robinson Tom, a senior majoring in biology, who continued his research on non-aqueous lithium-ion batteries and their impact on aiding U.S. soldiers in the battlefield.

“I wanted to introduce more biology aspects to [electrochemistry and material science],” said Tom, who will be graduating in the spring and is in discussion with the U.S. Army of using his research. “There were some problems with [the process] that we were able to address using biological knowledge.”

Tom’s research on monomers and crosslinks occurred during the summer of 2019 at the Army Research Laboratory in Maryland. He was accompanied by his advisor, Dr. Thiagarajan Soundappan, who helped provide mentorship to Tom, a veteran of the U.S. Army, as he dived into the fabrication and characterization of non-explosive, non-flammable aqueous lithium ion batteries.

Also recognized for their research included Electrical Engineering major Jonathan Chinana and Environmental Science and Natural Resources major Dalyna Hannah. Chinana received runners-up honors for his research project on soft robotics, while Hannah placed third for her research on the impacts of climate change on the Navajo Nation’s water supply.