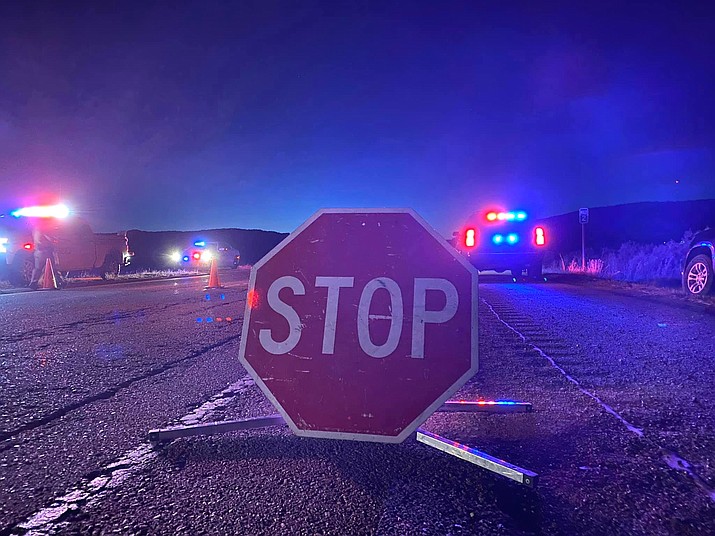 The Navajo Nation is working on a plan to implement weekend curfews through April and said last weekend's 57 hour curfew was a success. The Navajo Police Department enforced the curfew by setting up checkpoints in multiple communities and issuing more than 170 citations to violators. (Photo/Office of the President and Vice President)

PHOENIX (AP) — The Navajo Nation has announced plans to continue its weekend overnight curfew through the first weekend in May to combat the spread of the coronavirus.

"The 57-hour weekend curfew was effective in reducing the numbers of people that went into the public," Nez said, adding that officials are "developing a new order to implement similar curfews for the next three weekends for the entire Navajo Nation."

The order is expected to be finalized in the coming days, Navajo Nation spokesperson Jared Touchin said.

The Navajo Police Department enforced the curfew by setting up checkpoints in multiple communities and issuing more than 170 citations to violators, which could include a fine up to $1,000 and 30 days in jail.

The Navajo Nation also has a nighttime curfew requiring residents to stay home between 8 p.m. and 5 a.m. every day. Essential employees with official identification and people with emergencies are exempt from the restrictions.

For most people, the coronavirus causes mild or moderate symptoms, such as fever and cough that clear up in two to three weeks. For some, especially older adults and people with existing health problems, it can cause more severe illness, including pneumonia and death.

Nez expects an increase in cases for the tribe because of testing expected to produce quicker results.

"The sooner people choose to stay home more, the sooner we will beat the virus and the sooner we can begin to heal," Tribal Vice President Myron Lizer said.