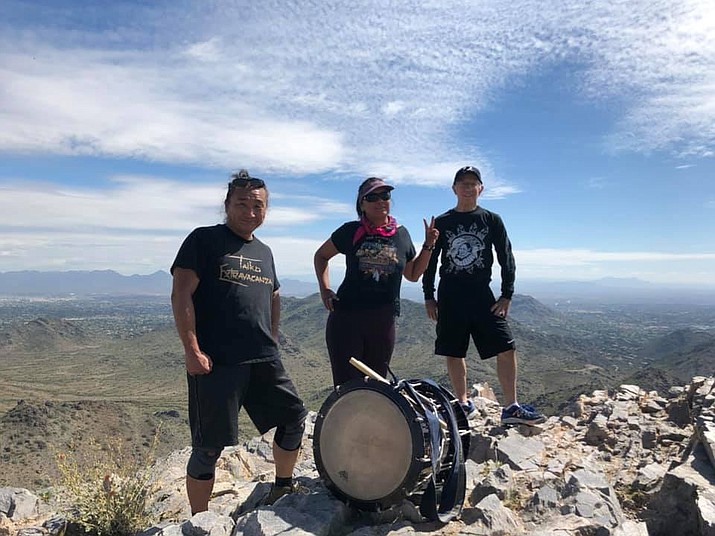 Piestewa was 23 years old and a mother of two young children. She was Hopi and Mexican-American and the first Native American female killed in combat when her convoy was ambushed. For her actions, she was awarded the Purple Heart and Prisoner of War Medal.

In 2008, the state of Arizona renamed Squaw Peak in the Phoenix area to be called Piestewa Peak in her honor. There have been many organizations to pay tribute to her, including the American Legion Post #80 on Hopi. In November 2011, the post was renamed Lori Piestewa Post #80.

The annual sunrise service for Lori Piestewa and fallen heroes scheduled for March 23, which normally takes place at the base of Piestewa Peak, was cancelled because of the COVID-19 virus. However, some community members still hiked to the top of the peak in memory of Piestewa.

Piestewa Fallen Heroes Memorial Coordinator Ernest Martinez and Ken Koshio Taiko, a Japanese drumming artist who played his drum for Piestewa and the health of human kind, closed the memorial hike with a beautiful prayer as hikers witnessed his tribute.

A hiker shares their story: In memory of Piestewa 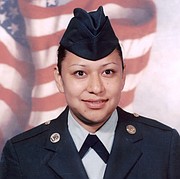 On March 23, I, Geri Hongeva -Camarillo hiked up to Piestewa Peak for the first time. As I hiked alone, I thought about how old Piestewa would have been, thinking about her two children and her mother, Percy. The hike was difficult, I had to stop a number of times, hydrate, enjoy the view and say a prayer along the way. I made a commitment to hike Summit trail and Freedom trail, both combined just under six miles.

As I hiked up Summit trail, Koshio passed me carry a big drum on his shoulders, in my heart I knew, he’s going to play for Piestewa, I tried to keep up, but he was too fast. Shortly after, Martinez passed me too, wearing a black long sleeve t-shirt ‘Ride for Lori.’ I tried to keep up with him too. As I got closer to the top, I heard the drum, louder and louder, faster and faster, Koshio was drumming.

The sound was unfamiliar to me, Koshio was playing an ancient Japanese drumming art form and at the end, he said a prayer. A stranger asked him, what the song meant, Koshio explained it was for Lori Piestewa, the first Native American female to be killed in combat, the stranger didn’t know the history, but he thanked Koshio for taking the time to play and be educated about Lori Piestewa. Koshio explained music and prayer rejuvenates the soul and we all need that during these difficult times.

As Koshio was playing, my tears came down because I knew that it was meant for me to witness such a dedication for Piestewa and to be lifted by music and prayer. Also to find new friends, with the same prayers, the same mission. I walked back down, feeling so happy as my body rejoiced with positive energy.

The Navajo Hopi Honor Riders have made an annual commitment to organize a four-day honor ride for Lori Piestewa and all Navajo and Hopi Gold Star Families since 2003, as their mission statement describes.

On March 30, the board members of Navajo Hopi Honor Riders have made a decision to postpone the May honor run until sometime in the month of July, due to the Covid-19 virus.

On March 20, NHHR board also made a decision to halt on all motorcycle escorts until further notice.

“We are keeping in mind the safety of our riders, I think it’s best we do not put them in danger. We need to take precautions to protect honor riders and reduce any risks,” said Bobby Martin, NHHR president.