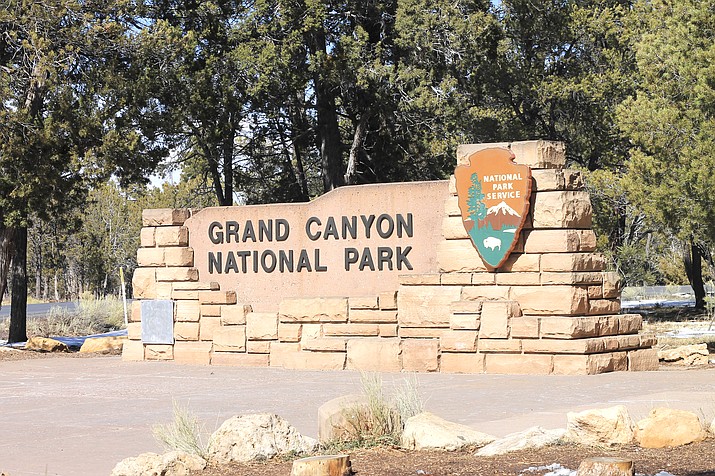 Grand Canyon National Park has closed after receiving a letter today from the Health and Human Services Director and Chief Health Officer for Coconino County recommending the full closure of the Park. Upon receiving this request from the local health department, acting Superintendent Mary Risser, with the support of the NPS Deputy Director, Operations, David Vela and Secretary of the Interior David Bernhardt, made the decision to immediately close the park until further notice. (Loretta McKenney/WGCN)

The park announced the closure April 1, after receiving a letter from the Health and Human Services Director and Chief Health Officer for Coconino County.

"The Department of the Interior and the National Park Service will continue to follow the guidance of state and local health officials in making determinations about our operations," said Secretary of the Interior David Bernhardt in the announcement. "As soon as we received the letter from the Health and Human Services Director and Chief Health Officer for Coconino County recommending the closure of Grand Canyon National Park, we closed the park."

On March 30, a Grand Canyon Village resident tested positive for COVID-19, according to a message sent to employees from Mary Risser, acting superintendent of Grand Canyon National Park.

“As a precautionary measure, the resident has been in self-isolation as of March 25. We have consulted with NPS Office of Public Health and have taken appropriate public health actions to minimize the risk of the virus spreading,” the message read. “We understand many of you may have questions or concerns; we encourage you to share these with your supervisors, safety officer, or leadership. Your welfare is our primary concern.”

Members of Congress and city, county and tribal officials have urged the federal government to approve a request from the park to close amid concerns that social distancing couldn't be maintained.

"We understand that closing an iconic destination like the Grand Canyon is not an easy decision, but we implore you to do everything in your power to prioritize public health and not interfere with locally informed decisions to close parks where appropriate," members of the U.S. House Committee on Natural Resources wrote to the Interior Department March 30.

The Navajo Nation, which borders the park’s eastern boundary have also called for the park’s closure.

“We also want to let our visitors know that we are working hard to close the Grand Canyon,” said Navajo Nation President Jonathan Nez, during a Facebook live message March 31. “We think that closure is coming up soon.”

“If the Grand Canyon is still going to be open that is going to be bringing more visitors here,” Nez added.

On March 26, Coconino County Board of Supervisors issued a statement also requesting the Secretary of the Interior close Grand Canyon.

“For the safety and health of Coconino County healthcare providers, residents and visitors, the Coconino County Board of Supervisors strongly urge Department of Interior Secretary David Bernhardt to close Grand Canyon National Park due to the COVID-19 pandemic,” the statement read.

On March 27, the park suspended operations for backcountry permits for camping at Bright Angel, Indian Garden and Cottonwood campgrounds in addition to closing the Canyon’s most popular trails like Bright Angel, South Kaibab and North Kaibab Trails.

The grocery store in the park is currently open only four hours a day and the small health clinic that could be overwhelmed if the coronavirus spreads is no longer taking walk-ins.

“We will notify the public when we resume full operations and provide updates on our website and social media channels,” the park stated in its press release.