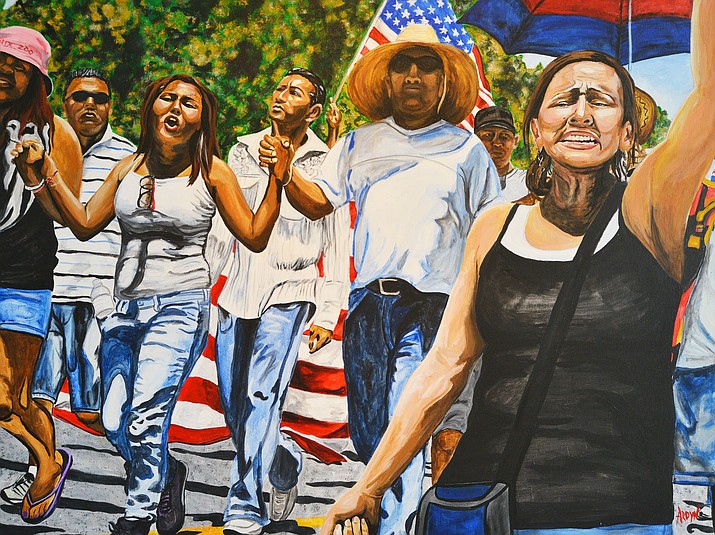 ACLU’s 60 years in Arizona traveling exhibit, ‘In this Together’ opened Sept. 6 at the Winslow Arts Trust Museum at La Posada in Winslow.

'Won't Name No Buildings After Me.' Carla Keaton.

Forty artists are participating in the show with around 50 pieces on display. Social-justice themed works are on display. The exhibit is touring the state for 14 months in recognition of Arizona’s ACLU 16th anniversary. Daniel Lutzick, sculptor and WAT director, said the mission of the Winslow Arts Trust is to celebrate the historic Route 66 and Santa Fe Railroad transportation corridors.

“Winslow exists as a place where different cultures and the paths they travel overlap,” he said. “We are delighted to host ‘In This Together’ as our first official art show because it celebrates the diversity and talents of a wide cross-section of artists. As it is with Winslow, Arizona is at its best when it celebrates the many cultures that contribute to its identity.”