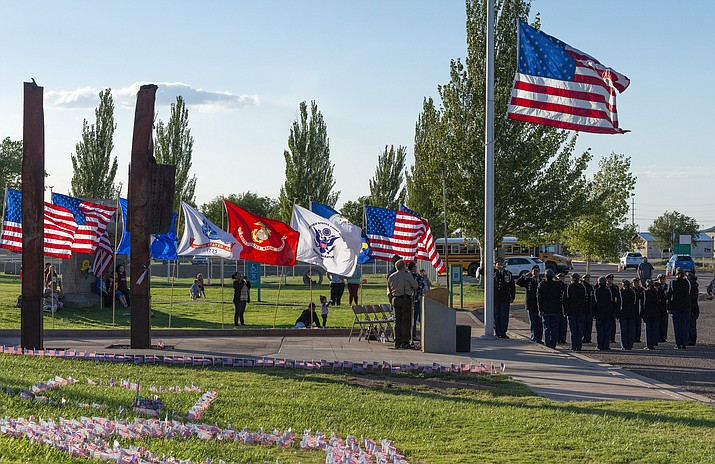 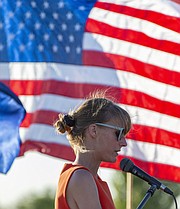 Winslow community members gather for a memorial service at Winslow’s 9/11 memorial, which holds two twisted steel columns pulled from the wreckage at the World Trade Center in New York City. The service was attended by military, police, EMS, city leaders and participants from both the Navajo and Hopi nations. The columns have been lent in perpetuity to the city of Winslow. Dee Rodriquez was the motivating force in acquiring the columns and Ken Evans II and Lani White were instrumental in producing the 2019 event.