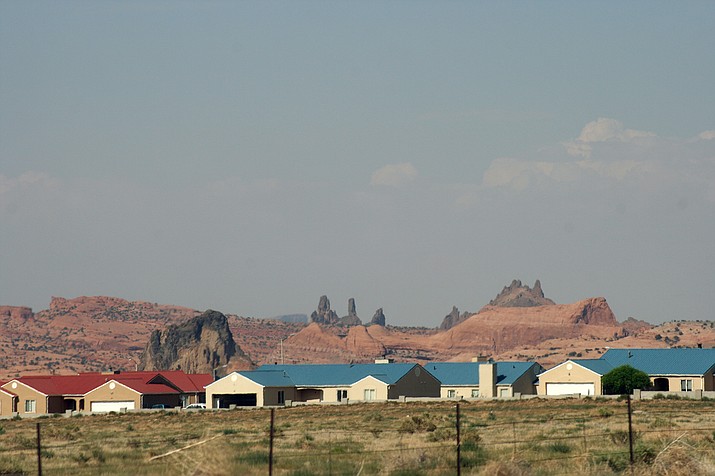 The Department of Housing and Urban Development proposal would limit participation in the program to those making 115 percent of the median income in an area, and up to 140 percent under certain circumstances.

A HUD official defended the plan, which he said has been mischaracterized as a restriction when its intent is to funnel funds to those most in need. He added that the plan is still just a draft proposal, and that HUD welcomes feedback from tribes as it refines the policy.

“This early draft was just intended to guide them (tribes) and how they could target this guaranteed loan program to benefit lower-income families,” said Brian Sullivan, a HUD spokesman. “In the process of doing that, you have to have some definition of what lower income means.”

Maria Cohen, a Phoenix real estate agent who first brought the issue to the attention of the Navajo Nation Council, said she was initially concerned that the proposal would include income restrictions that would limit the program’s reach.

But Cohen, who has extensive experience working with tribes and the home loan guarantee program, said Thursday that she has since received verbal assurances from HUD officials that income restrictions would not be a part of the final rule.

Requests for comment from Navajo Nation Council members were not immediately returned. But a council letter to HUD in April expressed concerns about the impact of possible income restrictions. The letter said the program was approved by Congress and that any significant changes should be come from lawmakers.

“A change to the guidelines that Congress has not passed would be devastating to individuals and families that have a moderate paying job that would want to live on the Reservation,” the letter said. It went on to ask HUD to clarify those definitions in the draft rule, which Sullivan said the department is currently in the process of doing.

The resolution approved Thursday said that imposing “income restrictions on this program would be a step backwards for all tribal members hoping to achieve homeownership.”

The Indian Home Loan Guarantee Program, also known as a Section 184 loan, was created in 1992 to incentive mortgage lending on tribal trust land by guaranteeing home loans. Restrictions imposed on tribal lands by the Bureau of Indian Affairs often make it difficult for borrowers to use the property as collateral.

Under the program, HUD acts as a guarantor covering 100 percent of the loans in the event of a borrower default, mitigating the risk to lenders and opening up lines of credit for Native borrowers looking to purchase or fix up a home.

Though originally limited to tribal trust land, the program has since been expanded to include tribal members living off the reservations.

HUD announced its intention to revise the program in March, saying at the time that the program’s growth merited new regulations to meet its “growing demands, and to hold participating banks accountable to both tribes and the federal government.”

The latest HUD statistics said that, as of November, a little more than $7.2 billion of debt had been guaranteed from 42,766 individual loans under the program. Arizona had the third-highest number of guaranteed loans, with 2,686, trailing Alaska, with 4,618, and Oklahoma, whose 19,645 loans accounted for almost half the national total.