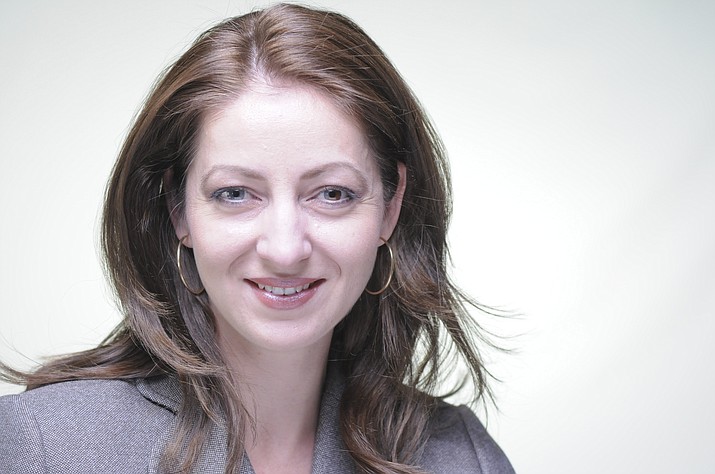 If elected, Putzova will be the first immigrant serving in Congress from Arizona, her campaign said.

With a recent endorsement from Brand New Congress, which was founded in 2016 and is a volunteer-led organization with a mission to return Congress to the people by electing progressive representatives, Putzova joins its slate of candidates for 2020. Putzova has also been endorsed by the Progressive Democrats of America and Blue America.

“We strongly commend Eva Putzova for her absolute commitment to put people first and bring change to Congress,” said Brand New Congress Communication Director Zeynab Dey. “Eva has shown incredible courage and brings tremendous value to our 2020 slate with her people-first policy positions that are relevant to communities around the country. She is poised to take the House seat in a district that is not only geographically among the most expansive but also has the largest Native American population in the country.”

Eric Descheenie, a former member of the Arizona House of Representatives (LD 07) and founding co-chair of Bears Ears Inter-Tribal Coalition, expressed his support for Putzova.

“Law-making bodies in this country were created at a time when ‘We the People’ deliberately excluded most of today’s American public, in particular indigenous peoples and women,” Descheenie said. “Make no mistake about it, that oppressive institutional culture remains. Therefore, we look to leaders like Eva Putzova to advance good bills and fight bad ones, as well as, call out these cultural ills and replace them with ones we can actually be proud of.”

Putzova extended her gratitude at the endorsement and expressed her desire to help transform the country for the better.

“I will continue to fight for people interests — not the interests of fossil fuel, arms private prisons and other industries that put profit before people,” Putzova said. “I will champion Medicare for All, fully publically funded college education, complete immigration overhaul, Green New Deal and the rights of indigenous people.”

With both O’Halleran and Putzova running as Democrats, people might expect them to have similar views on issues. But Putzova points out that the issues she fights on like minimum wage and Medicare for All are not issues that O’Halleran necessarily agrees with.

“The big difference is that I think we should have much bolder political ambitions,” Putzova said. “We want to really change the trajectory we are on. I am providing a different bolder vision for our district and for the way we do politics.”

Putzova is aware that much of Arizona’s 1st Congressional District encompasses Native reservations. She said that her campaign has a presence on the Navajo reservation, but also with the San Carlos Apache. They went to Window Rock for the Navajo Nation Pride parade. They have visited Kayenta and Tuba City.

“I really appreciate talking to people and listening to their perspectives,” Putzova said. “People who perhaps are not embedded in the political environment because these are people who live their everyday lives. These are ordinary people that I want to hear from:

Putzova said it’s those conversations that show her the things that people want from a Congressional leader.

“I think it’s important for all Native people to also understand that Arizona changed the date for the primary elections and now it’s going to be Aug. 4, 2020, which is going to be different than the date for their own Nation’s elections,” Putzova said. “I hope that everybody will understand just how important it is to participate in both the federal races, and state races and their own tribal government races.”

Putzova also said she is a strong opponent of snowingmaking on the Peaks, which tribes in the area have consistently been in opposition of.

“Again it criminalizes poverty, mostly Native Americans, who are the largest population without shelter,” she said. “Oftentimes people come here for medical treatment. They have nowhere to go and they end up spending time outside and for various reasons, they don’t go to a shelter. They shouldn’t be criminalized.”

Putzova understands that some of these fights on a national level will encounter even more resistance than some of her ideas did in Flagstaff alone.

“As a policy maker, I understand that I will not be successful all of the time, but that should not stop me from pursuing what I believe is morally right. We should all be equal. And our ordinances should not punish one group of people disproportionally more than others,” she said.

Putzova led a local citizen initiative in 2016 to raise Flagstaff’s minimum wage to $15.50 per hour, she was instrumental in the city’s first paid parental leave policy and a climate action plan. Putzova helped pass a resolution to call on Congress to permanently address the legal status of DREAMers and to pass a comprehensive immigration reform with a defined path to U.S. citizenship.