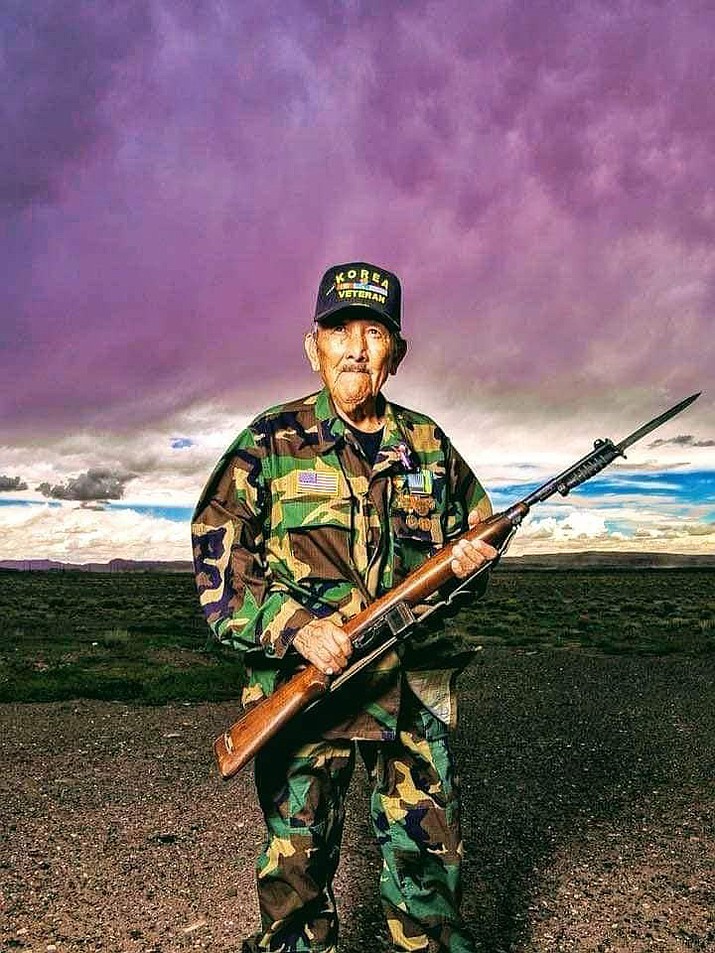 Curley’s family remember him as a very giving and humble man, always ready to help.

He enlisted with the United States Marine Corps at the age of 16. Curley attended the Sherman Institute as a sixth grader and Navajo Community College trained him as a welder. Curley worked at Navajo Generating Station and Tuba City Indian Medical Center for 13 years, from which he retired. A proud USMC Private First Class veteran, Curley served in the Korean War from 1952-1955. Curley was honorably discharged with the Korean Service Medal, United Nations Service Medal (Korean) Korean PUC, National Defense Service Medal and a RMM Badge M1-rifle. He was a member of the Veteran’s Organization and President for Coalmine Mesa Grazing organization.

Fred Curley’s parents were David Curley and Annie Tunney. He is survived by his wife Elizabeth Curley,

Fred's siblings are, (his sisters): the late- Jean Gishie, survived by Clara Talker and Lillian Chissie and his Brothers are Keith Curley and Carl Curley and 30 great grandkids.

The Navajo Hopi Honor Riders escorted Curley from Tuba City to Camp Navajo Sept. 5, with a stop at Silver Saddle on U.S. 89. There, family friends and other veterans gathered to pay their respects and to honor and remember Curley as the motorcade made its way to Camp Navajo.

The Navajo Hopi Honor Riders honor Blue Star and Gold Star families and are a group of individuals who got together to support military service personnel, past and present. They ride for those who can’t.

“On behalf of Navajo Hopi Honor Riders, we extend our sincerest condolences,” the group said on Facebook. “We whole heartedly thank USMC veteran PFC Fred Curley for his service. May you rest in peace and may you never be forgotten. God Speed.”