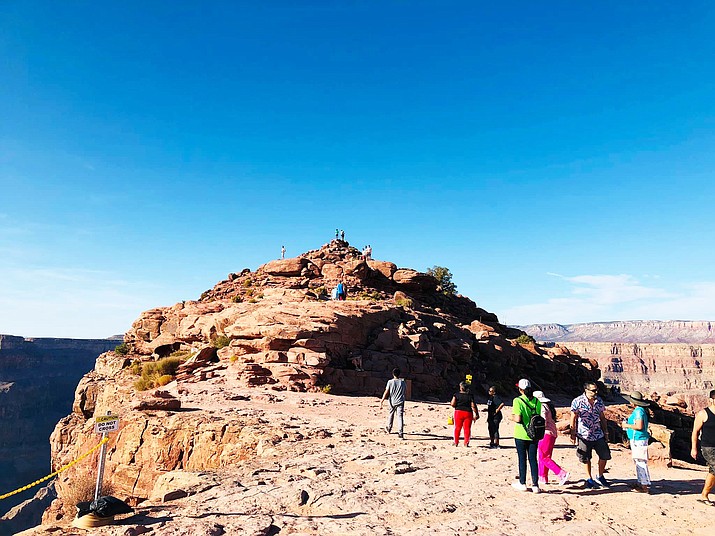 Hualapai and Navajo Nation officials visit Aug. 22 at the Grand Canyon West Skywalk Park to discuss tribal relations and marketing strategies. (Photo/Office of the President and Vice President via Facebook)

GRAND CANYON WEST — On Aug. 22, the Navajo Nation president and some administration were welcomed by the Hualapai Nation to a special visit to the Grand Canyon West Skywalk.

Discussion of tribal partnership was a key point during the visit as well as tourism and marketing strategies, according to a recent Facebook post by the Office of the President and Vice President.

Nez noted that the Navajo Nation has the potential to become a tremendous tourism corridor. The post stated that future goals include establishing a travel agency within the Navajo Nation, which has been proven to be effective for the Hualapai Nation, and to create partnerships with neighboring tribes to address tourism opportunities.

“Again, we thank the Hualpai Nation for the great hospitality and we look forward to another visit.