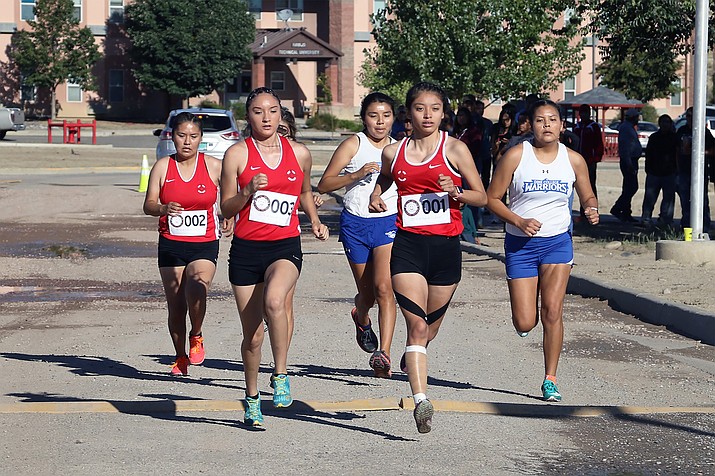 CROWNPOINT, N.M. — Navajo Technical University cross country runners Shada Golden and Alwyn Reid got off to fast starts at the 2019 Skyhawk Invitational and never looked back.

Both placed first in their respective 3K and 5K races in a head-to-head meet with the Diné College Warriors Sept. 20.

Reid’s victory was his second in the young season after he finished first at the Diné College cross country meet on Aug. 30. Reid finished Friday’s race with a time of 26:05, distancing himself from DC’s Josh LaFontaine (27:11), Kevin Jensen (27:38) and Darnell Dedman (28:17). Brian Yazzie was next to cross the finish line for the Skyhawks, edging out DC runner Malcolm Peters (28:29) by one second. NTU runners Loren Tsosie (29:06) and Joel Yazzie (30:07) shortly followed, while Preston Stanley, Landis Nelson and Tyvin Thomas rounded out the field. 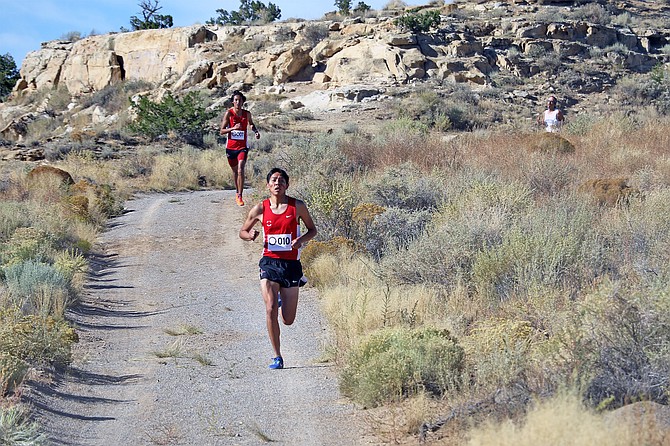 Alwyn Reid of Ganado, Arizona won the 2019 Skyhawk Invitational with a time of 26:05, a full minute faster than the next competitor. (Photo/Navajo Technical University)

Whereas Reid coasted to victory in the men’s competition, the women’s race was much closer. Golden and fellow freshman Shaylese Tsabetsaye exchanged leads for the majority of the race while Lauryn Thomas of Diné College kept pace. In the end, Golden was victorious with a time of 15:33 followed by Tsabetsaye (15:36) and Thomas (15:43). Ashely Betony followed Thomas with a time of 16:40, while NTU runners Christanne Clyde (16:51) and Hunter Livingston (17:23) finished fifth and sixth respectively. 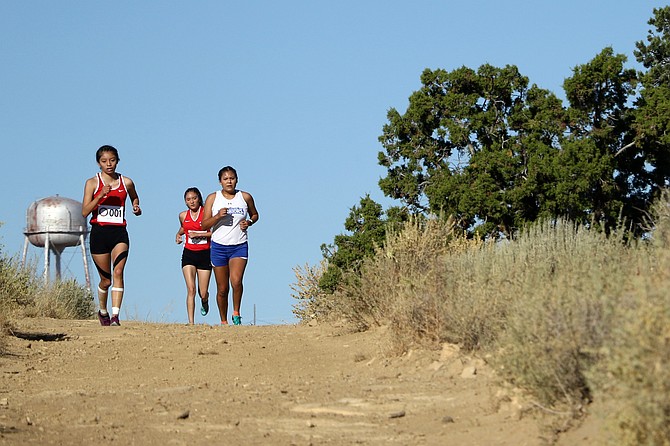 Golden’s finish was an improvement from a month ago when she finished third at Diné College’s annual race, trailing Tsabetsaye and Allaya Reid, the younger sister of Alwyn. Allaya didn’t run for NTU on Friday as she was recovering from shin splints, an injury that Golden endured earlier in the week causing the freshmen pre-engineering major apprehension about getting through the race.

“I was nervous,” said Golden, who has experienced growing pains as she’s developed into her running form transitioning to the collegiate level after running for Ganado High School last year. “I thought my shins would hurt during the race, but they didn’t. It felt good.”

The women’s team’s success has second year coach Leonard Lee excited for the season after the team performed well in both Tsaile and Crownpoint. Golden, Tsabetsaye and Reid also placed in the top 25 in the university division of Adams State’s 26th Annual Joe I. Vigil Meet on Sept. 7. The trio’s success has Lee believing his team could compete for a national title.

“They’re very patient runners and they’re very smart,” explained Lee, who is in his second year at the helm of NTU’s cross country program. “They realize if they place high at nationals, they’ll make history like we did last year. That’s the whole goal.”

Lee reflected on the determination of Clifford Andersen, NTU’s first All American runner last year, and he believes this year’s team could feed off that success.

“You start believing in them, and that’s when they start to believe in themselves,” Lee said. “I like what I have. They’re very promising runners. I know there is a lot of discipline, but that’s how you get good. That’s how you get fast.”