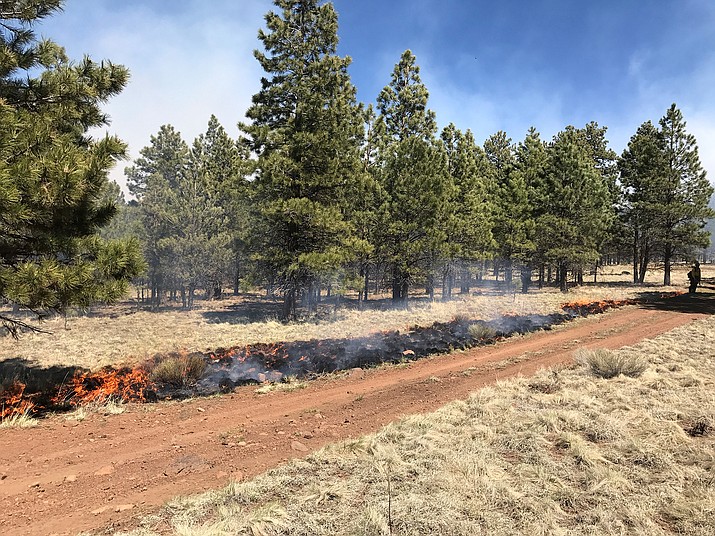 Coconino National Forest conducts a prescribed burn north of the San Francisco Peaks in 2017. The forest has plans for multiple prescribed burns for fall 2019. (True Brown/USFS)

FLAGSTAFF, Ariz — Coconino National Forest firefighters were planning to conduct prescribed burns today near the Fort Valley area and other areas north of Flagstaff later during the week, but those plans have been cancelled today due to unhealthy smoke impacts in Flagstaff and predicted northerly winds.

The prescribed burn north of Flagstaff on Monday, Oct. 21 sent smoke south and there was very little lift required to disperse the smoke up and out of northern Arizona yesterday. This caused "Unhealthy" conditions in downtown Flagstaff overnight, which were measured by air particulate monitors.

Due to identical conditions predicted today, fire managers cancelled all burns north of Flagstaff. Fire managers are planning to conduct prescribed burns later this week in areas southeast of Flagstaff to take advantage of predicted northerly winds and lessen impacts to communities.

These burns are among the prescribed burn projects planned for the Flagstaff Ranger District and the Mogollon Rim Ranger District this fall and are part of a strategy to allow fire across the landscape in order to restore forests to healthier conditions, protect watersheds and improve the safety of the communities around them.