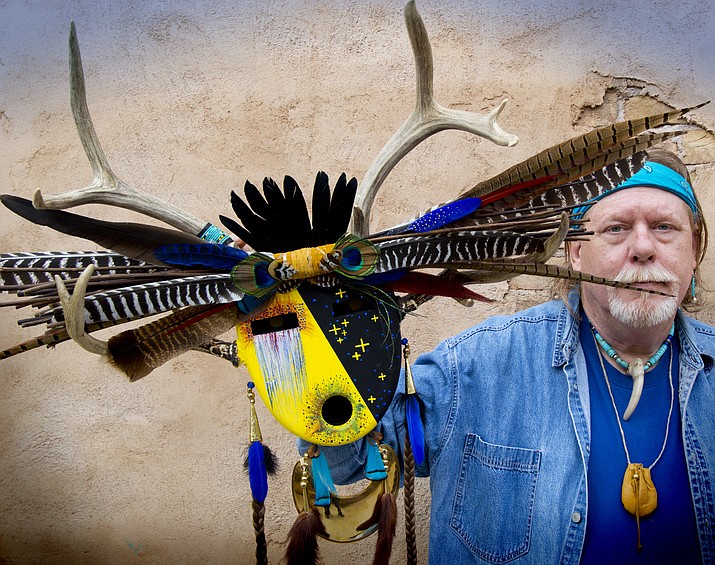 Robert Crying Red Bear with one of his mask creations at the Red Rock Native Art Guild. (Todd Roth/NHO)

The Red Rock Native Arts Guild in Winslow officially opened its doors Oct. 3, with a grand opening to take place Oct. 18-20 at 202 E. Second Street in Winslow, Arizona. Pictured: Crying Red Bear with one of his mask creations at the Red Rock Native Art Guild was born in 2004 at Old Oraibi, Third Mesa Hopi Land Arizona. It was established by Elvena “Pep” Taylor and Robert Crying Redbear. Their dream was to establish a Native Arts Guild and grow it into an artist colony where artists would be supported and nurtured, have space to work and promote their art. Before Pep passed away in December of 2018, Bear promised her that he would make their dream and vision a reality.