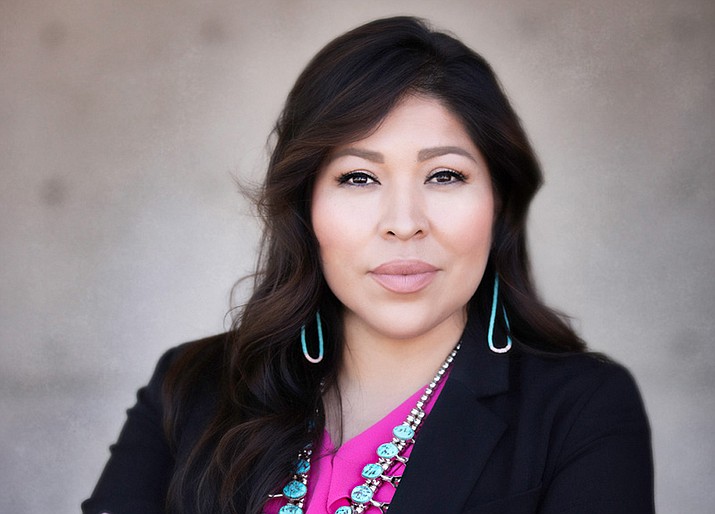 Genevieve Bennally will present a talk about being a Native women in the engineering field at Coconino Community College’s Lone Tree Campus Oct. 18 at 4 p.m. (Submitted photo)

FLAGSTAFF, Ariz. — Genevieve Bennally, a systems engineer for Raytheon, is the speaker at the upcoming Coconino Community College ED talk Oct. 18 — she will share her successes and challenges as a Native woman pursuing a career in engineering.

In a field dominated by men, the National Science Foundation said in a review of 2016 engineering bachelor degrees, 20.9 percent of graduates were women and of those only 3 percent identified as Native American or Alaska Native, regardless of gender.

But Bennally said she came to love engineering in her own home. Her father was a plant mechanic at Navajo Generating Station. Going to work with him and seeing the ‘cool, nifty’ things he got to do inspired her to become an engineer herself.

“I got to see the shiny metal things, the systems that he was working on,” she said. “I thought it was fascinating. I think my interest grew from just being able to see what he could do with his hands.”

Bennally said school, too, was a source of inspiration, with different projects. The fact that Bennally loved math did not hurt, either.

“Math was really easy for me, so it was very natural for me to take the engineering route,” she said.

Bennally is a systems engineer for Raytheon, which is a defense company. Raytheon’s customers are military branches — the Navy, Army and Air Force. Bennally said the military has products that Raytheon develops for them.

Bennally’s role is testing products and seeing if they work in the way they were intended. She does this work on a computer because to do it manually would take years.

“When they have questions about the capabilities of a product, or is something feasible for their product, can we make it go faster…I get to answer all of those questions and I get to model that,” Bennally said. “We do real life scenarios in a simulation. I get to see it happen and I get to figure out if there are issues that happen that we will have to look at again and rethink.”

Bennally said she did not exactly imagine what she does now when she first entered the field of engineering. She thought she would be building things. While she does do that, she is also now looking at the business side of things and development.

“And so I get to see things happen before we even do it,” she said. “That’s the cool part.. to be able to be part of the creation part and design.”

Facing challenges of being Native in the engineering field 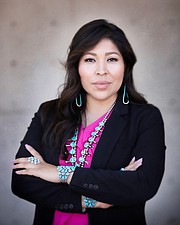 Bennally said there are good and bad parts to being Native in her career field and that it has not always been easy.

“It’s been good in that sense because you walk into a room and people know you’re different, they know you’re Navajo and that you bring a different perspective. That’s the good part,” Bennally said. “The other part, is that there is always going to be some bias or prejudice from somebody in the room. And that can be hard sometimes. But it’s a challenge I take on with a smile. It’s not anything that is new to me and it’s something I welcome because I feel like the challenge allows me to take a different approach.”

Part of Bennally’s talk will discuss some situations where she had to evaluate, as a young professional, what she was doing in the field of engineering and question whether she really wanted to be devoting her life to a field where not everyone would take her seriously.

She will also discuss personal challenges she faced while attending college.

“Engineering alone is challenging,” Bennally said. “The amount of time and dedication that you have to put into studying is intense. I had to find people who were supportive of me and my study to be successful.”

Engineering is only one side of Bennally’s passion

Bennally is the assistant director for the nonprofit Southwest Native-American Foundation, whose mission is to provide the students of Native American tribes in the Southwest with the opportunity of higher education by offering scholarships to outstanding high school students and enrolled university students.

Bennally’s work with the foundation is volunteer work. She said she enjoys doing outreach in classrooms and in communities.

“My day job allows me to have that flexibility, financially and timewise,” Benally said, which helps because she believes the work the foundation does is important.

“That is where my passion lies,” Bennally said. “My passion is bringing others along and helping them to be successful. I find myself daydreaming sometimes when I’m at work of how I can do that. How do I bring others along and how do I educate and foster the youth to go and get their education?”

Bennally said she feels there’s a need for people to become educated and to apply their knowledge and their skills and talents because everyone is capable and it’s just a matter of bringing that out of people and having them believe it.

“I think a lot of times, Native people in general in Indian country, we get in this mindset that ‘I’m not good enough,’ or ‘I’m not able to,’ or ‘I’m lacking this’ and that’s not how it should be,” Bennally said. “We should be able to go and conquer our dreams and that is where my passion lies.”