O' Halleran introduces act to help NGS and mine workers 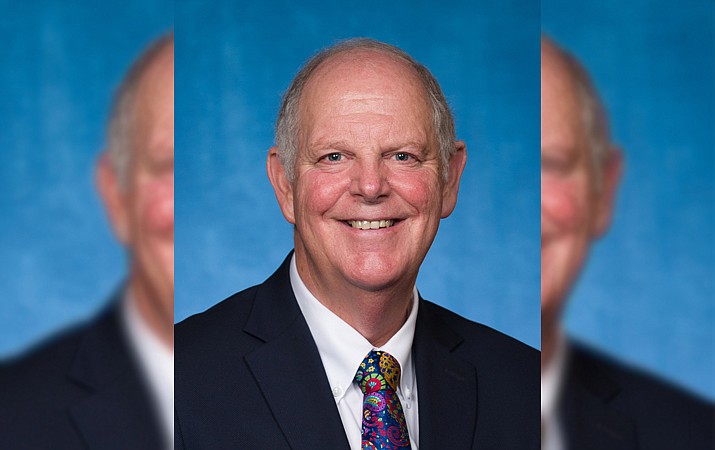 FLAGSTAFF, Ariz. — With the impending closure of Navajo Generating Station in December, an Arizona congressman introduced legislation last month to provide economic resources to those affected by the closure of the power plant and the associated coal mine.

Both Navajo Nation President Jonathan Nez and Hopi Tribal Chairman Timothy Nuvangyaoma expressed appreciation to O’Halleran for introducing the legislation. In addition, County Supervisor Lena Fowler and Dawnafe Whitesinger, chairwoman of the Navajo County Board of Supervisors, were in support as well.

“Whenever we have this many jobs impacted and families impacted, it’s important to try and help out,” O’Halleran said.

O’Halleran said the federal government bears some responsibility for the economic impact the closure will have, as it had put together a generating station and a mine that was supposed to be running until at least the mid part of this century to address the state of Arizona’s power needs and the distribution of generated water from Glen Canyon Dam.

“All of a sudden things change, and we understand that, but the bottom line is, they changed and really had a terrible effect on the people who work at the plant,” O’Halleran said.

He acknowledged while some workers have found employment, most found that work by leaving their communities surrounding the power plant and mine.

The impact, O’Halleran said, will be felt not just by Page, Arizona and the surrounding chapter houses in the area, but also will impact the tax revenue for Coconino County and Navajo County. The tribes will lose revenue they were getting from the power plant.

“When you go from basically $44 million to zero, it kind of hurts,” O’Halleran said. “Both tribes (Navajo and Hopi) have a fairly high unemployment rate — in fact in most of America, that would be disastrous to have the types of unemployment rates that they have — and we have to find a way to assist. This bill is part of that way of addressing it.”

O’Halleran stressed the bill will help not just the Navajo and Hopi tribes, but also cities, towns, counties, school districts, fire districts and other elements that citizens rely on.

O’Halleran said when the bill passes, it will provide funding for workforce development and economic development. Over a seven-year period, it will assist those in areas that have been impacted with revenue to be able to address some of the problems and to, hopefully, create new jobs in the area.

“It’s a declining scale,” O’Halleran said. “Using the Navajo as an example, if they were getting revenue out of that plant at $44 million, you would take 80 percent of that the first year and the Navajo would be able to be qualified for that much money to be able to limit their revenue losses in year one and then a declining amount of percentage each year until year seven.”

O’Halleran believes the Promise Act offsets some of the shock of the plant closing this quickly when it was expected to be in operation for many more years.

“You wake up in the middle of December and get an announcement that one of the largest generation stations in the Western United States is closing and the closest nearby jobs that are comparable are hundreds of miles away,” O’Halleran said.

Even knowing the severe impact the closure would have, O’Halleran still had to wait to introduce the legislation.

“Because there was some hope that the plant would stay open, that someone would purchase the plant, we couldn’t really go down the path of introducing legislation until that came to a final conclusion,” he said. “We would have liked to do it sooner, but you can’t do it until you actually have an issue.”

While some people will ask, why should the federal government step in? O’Halleran said the nexus is that the Bureau of Reclamation owns 24 percent partnership of the plant and, therefore, it’s similar to when a military base closes down and the surrounding region is able to get assistance through the BRAC (Base Realignment and Closure) program.

BRAC is a community based process that balances the need for economic and other redevelopment while addressing the needs of people experiencing homelessness at base closure or realignment sites.

“In this case, it’s one thing to have a military base whether it’s 50 miles from a metropolitan area… but, in this case, there’s no large metropolitan area anywhere near here, so it’s not like there is a ready job market,” O’Halleran said. “The significance here is the type of employment to the relationship of what they were getting, along with benefits at the plant.”

• Direct the Secretary of the Interior to conduct a land reuse study to determine the next best use for the former generating station property and for similar facilities in the future;

• Authorize the Secretary of the Interior to leverage federal funds from outside the department if the closure of a federally-owned generating facility is found to have an adverse economic impact on the community in question;

• Establish a pilot program that provides skills training and education programs for displaced workers who are impacted by ongoing market changes in the energy sector;

• Implement a revenue replacement program for the Navajo Nation and Hopi Tribe, and affected local governments and

• Instruct the Secretary of the Interior to disperse secured federal economic development funds to local, state, and tribal governments, and implement a program to do so for similar facilities in the future.