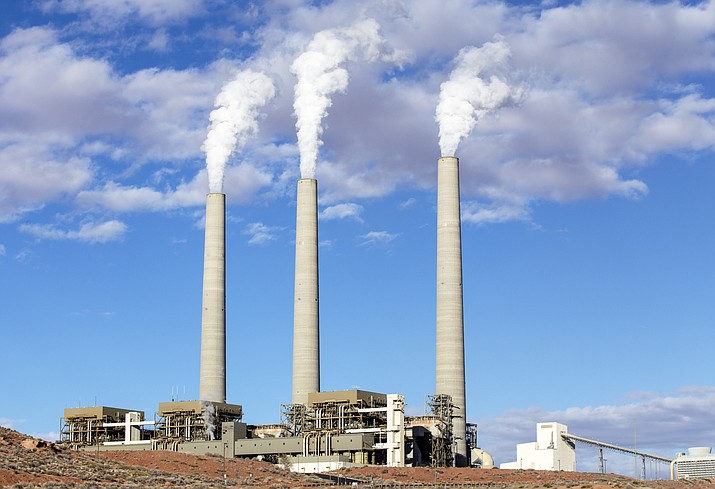 PAGE, Ariz. — On Aug. 26, the last coal train delivered its cargo to the Navajo Generating Station, completing a cycle that had been in place since the 1970s when the plant first began operations.

According to Joe Frazier, plant manager at NGS, the plant is in the process of burning down the final coal pile and will stay online through Nov. 10 to allow APS to finish installing reactors on a transmission system. After that, the plant will use the remainder of the coal and will officially go offline.

The coal-fired plant has operated out of Page, Arizona since January 19, 1971, when its lease was first signed between NGS owners and the Navajo Nation.

In February 2017, owners announced their decision to no longer own or operate NGS beyond December 2019.

The closure of the power plant was in part because of the low cost of natural gas compared to coal.

According to Frazier, Units 1 and 2 will produce 450 megawatts each for a total plant output of 900 megawatts. Unit 3 is now on stand-by and will be used only in an emergency until Oct. 15 when it will be shut down permanently.

The power once created by NGS has already been replaced.

“They’ve filled the gap,” Frazier said. “It’s already been replaced because we’re not producing it anymore.”

What power sources replace NGS is up to each individual owner.

“It’s different for each organization … but the majority of it is gas and renewables," Frazier said.

Frazier said SRP has remained committed to its employees, offering them jobs at SRP’s other location in the Valley or at Coronado Generating Station at St. Johns, Arizona.

“To this date now, pretty much all of them have been offered a job,” he said.

Not all accepted the job offer. Some chose to retire, some chose to go to another company and others are still uncertain what will be next.

“But they had the choice to say yes or no to the job that was offered and for the most part, the majority of them took that offer,” Frazier said.

A major theme at the plant for the last two years has been ‘Finish Strong.’ Frazier said employees have done just that.

“They have finished strong,” he said. “That’s what we’ve been using here. Something we branded, you’ll see it on a lot of things. The folks that are working here are amazing and have done a great job and with that you can see the pride they have in this station. I’m sure they’ll take that pride with them to their next job and do just as good.”

Frazier has been plant manager since 2015 and said he understands from an economical stand point why the plant closed.

“Looking at it from the other end, the people who are our customers, you can see why the need is there. Economically it makes all the sense in the world to shut this plant down, not to mention the carbon footprint. There’s a lot of reasons to shut it down. This change is inevitable, as with most coal-fired plants and this is one of the first ones to go in this area,” he said.

As the process of relocating employees and decommission of the plant move forward Frazier expressed his gratitude for the hard work by all NGS employees.

“It has been a pleasure to work on this team, to lead this team. It will be missed. I thank them all. A saying that I like is, ‘If you surround yourself with good people, it will typically make you successful.’ The success that I’ve had here is completely due to the team that’s been here. Amazing workers, amazing team, they’ve done an outstanding job,” he said.