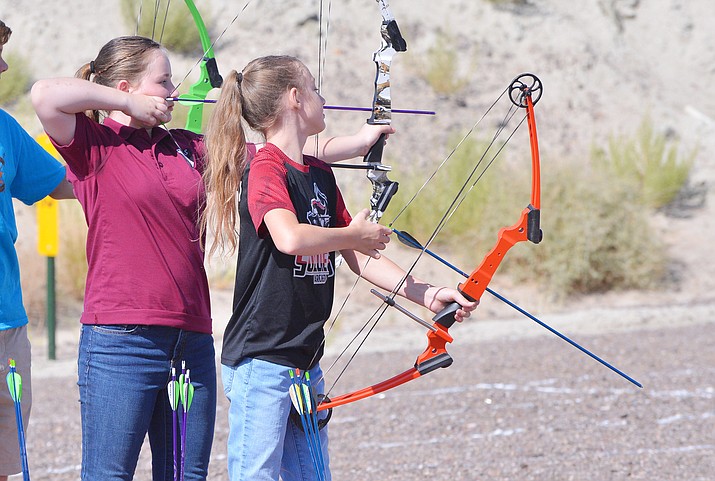 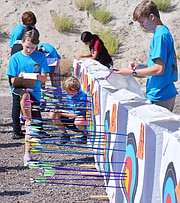 Archers prepare to shoot at various yardages during the Sept. 14 shoot at the Winslow shooting range. (Todd Roth/NHO)

The group held a practice archery shooting session for students at the range, located 9 miles north of Winslow.

Three schools were represented a the event with a total of 15 students of various ages participating in the event.

Three shootings were held with students shooting from 10 and 20 yards and later aiming for life-sized animal shaped targets.

The first shooting round at 10 yards was a practice run and enabled contestants and supervisors to get the feel of range and safety procedures. All of the following shots were for scores. After the shooting, food and drinks were provided for the students, which included frybread and other home-made items.

The shoot was slated for an hour and a half but carried on until noon.

Later this fall, a scored archery competition will take place for schools who offer archery as an activity.