Several northern Arizona road closures planned including portions of I-40 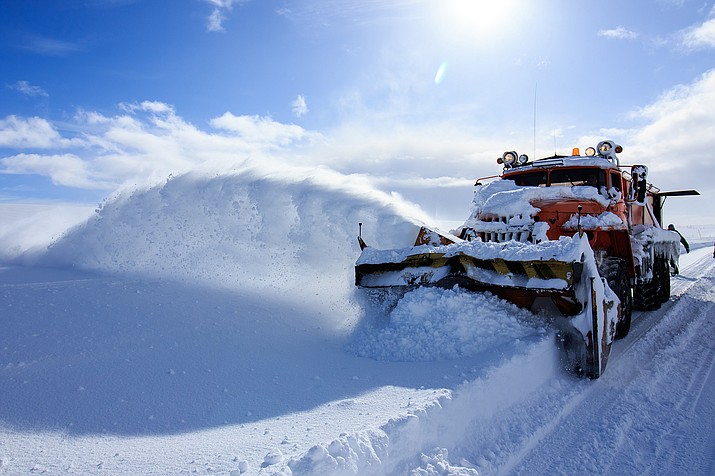 The Arizona Department of Transportation says Interstate 17 for 40 miles south of Flagstaff and Interstate 40 for 185 miles between Winslow on the east and U.S. 93 on the west likely will be closed until the snowfall lets up and the routes can be plowed.

The storm has also accelerated the seasonal closing of the highway to the North Rim of the Grand Canyon by a few days.

The Arizona Department of Transportation on Tuesday announced the closure of State Route 67, a 43-mile (69-kilometer) paved route between U.S. 89A at Jacob Lake and the North Rim.

The National Weather Service forecasts 27-35 inches (69-89 centimeters) of snow will fall on the North Rim from Wednesday night through Saturday morning.

SR 67 normally closes Dec. 1 but it can close earlier when weather conditions warrant.

It reopens in the spring, usually around mid-May.

The department said Wednesday that additional highway closures also may be necessary.

The National Weather Service forecasts that the Flagstaff area will receive up to 2 feet of snow from the storm and has predicted “difficult to impossible travel conditions” Thanksgiving evening into Friday.