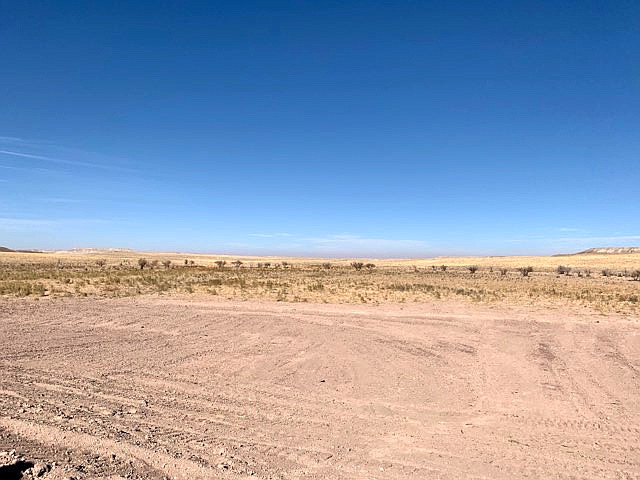 Work continues on other local dams in the Former Bennet Freeze Area. (Photo/Office of the President and Vice President)

Work continues on other local dams.

On May 21, Nez met with Tolani Lake residents and officials and gave his commitment that the Nez-Lizer Administration would advance water projects including water line extensions, installation of water tanks, earthen dam repairs and water resources for livestock and agriculture.

Nez and Vice President Myron Lizer also met with residents in the remote community of Black Falls in February.

Since then, Nez and Lizer have met with officials with the Navajo Nation Department of Water Resources and the Water Management Branch to identify and secure more resources to help local residents.

“When we came to Tolani Lake and Black Falls several months ago we told you that we would be back to report on the progress we’re making. We’re proud of the work that has been completed — it’s a good start, but there’s much more we need to work together with the community to improve,” Nez said. “This is a great opportunity to keep the momentum going, we need to have benchmarks and show results, and come back together to keep planning and moving forward.”

Nez also highlighted the Nez-Lizer Administration’s ongoing work to develop housing manufacturing facilities on the Navajo Nation to construct new homes for Navajo families, and to complete infrastructure projects that were funded in previous years including power line and water line projects.

In addition to the earthen dam repairs, Tariq Najam with the Department of Water Resources also announced the Nation will receive new heavy equipment in January, and will designate certain equipment specifically to make improvements for the Former Bennet Freeze Area communities.

According to Black, the partnership would allow the nine local chapters to identify their strategies, initiatives, projects and priorities to address in the detailed plan. The investment plan will leverage the collective power and energy of the chapters to secure funding and development within the area, he added.

Following the presentations, Nez took listened to concerns from local residents, which focused primarily on the need to improve existing roads in the area, the need for electricity and more water resources for residents.

He also acknowledged the work conducted by the Tolani Lake Livestock and Water Users Association, Tolani Lake Enterprise, Leupp Farms and chapter officials and asked for their continued support and partnership.

“We can do a lot at the central level of government, but we can do even more when the local chapters and residents work together with us to empower your communities to make positive changes,” Nez said.

Following the meet at Tolani Chapter, Nez and the residents visited several of the earthen dam sites that have been completed.

The Nez-Lizer Administration thanked Navajo Nation Division of Natural Resources Executive Director Dr. Rudy Shebala, Tariq Najam with the Department of Water Resources, Jason John with Water Management and many others for their dedication and hard work.