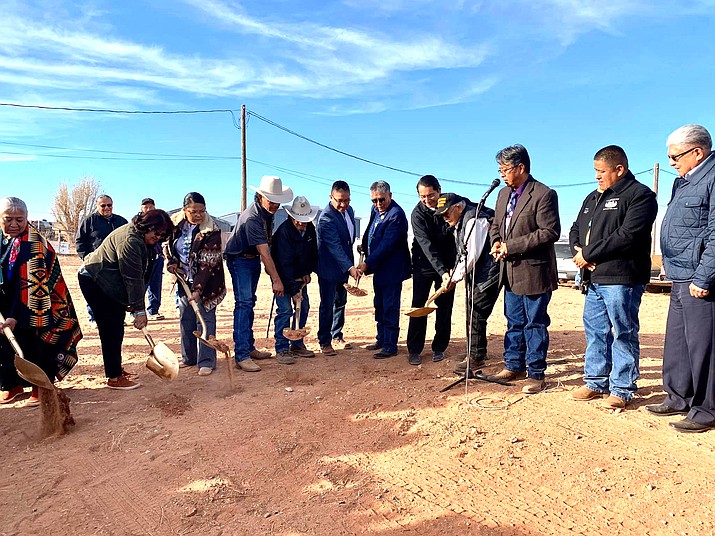 For several years, the community has been without a chapter house because of the closure of the former facility because of health and safety concerns following surveys and assessments that identified shifts in the facility’s foundation and walls, traces of asbestos, and other major issues. The former chapter house was built in 1959 and served the community for approximately 50 years before its closure. 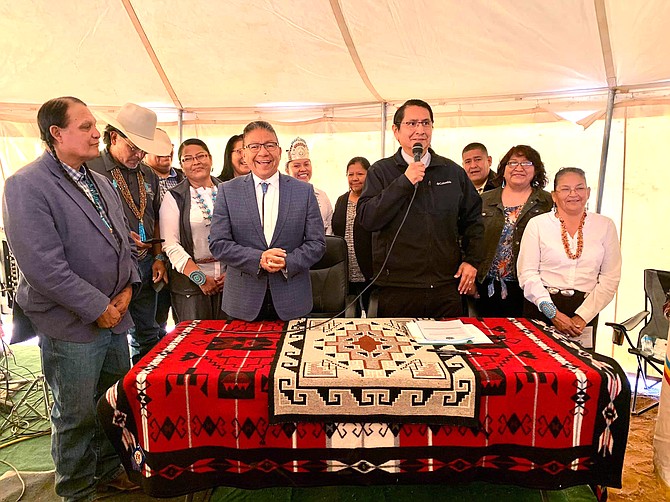 Since then, the chapter has held meetings and conducted their daily business in a nearby storage warehouse, the local senior center, and rented office space in Tuba City, which requires Tonalea residents to drive 25 miles to request assistance from their chapter.

Nez thanked all of the local chapter officials for their years of work and effort to develop legislation, which was eventually introduced by Council Delegate Paul Begay and approved by the 24th Navajo Nation Council on Oct. 22.

“All of the hard work was done by past and current leaders and officials and your Council Delegate. Delegate Begay has a way of talking with his Council colleagues to gain their support and that’s what he did for the community of Tonalea,” Nez said.

Nez also recalled that during the Nez-Lizer campaign, he and Lizer held a meet and greet event one year ago in Tonalea, where the community members requested their support for the new chapter facility.

“We recognized the need and we are happy to see this project reach this point, a step closer to completion,” he added.

Lizer, joined by Second Lady Dottie Lizer, spoke of the need to do even more for the community by bringing in more businesses including Navajo-owned businesses to create jobs and revenues.

“Nez-Lizer represents opportunity. I always say that success happens when preparedness and opportunity meet half way and that’s what is happening here in Tonalea, but we need to do something bigger for the Western Navajo Agency,” Lizer said.

Council Delegate Paul Begay also expressed his appreciation to those who supported the funding request and spoke of the benefits of the new facility.

“The prayers of the Tonalea community have finally been answered! Thank you, President and Vice President, Office of the President and Vice President, and the 24th Navajo Nation Council for supporting and approving the long-awaited chapter house replacement funding request. Our local government can now operate from comfortable offices and provide large meeting areas for our people. We are forever grateful,” Begay said.

Following the signing of the resolution, Nez and Lizer joined the local leaders and elders, and Council Delegates Paul Begay, Otto Tso, Edison Wauneka to break ground for the new chapter house, which will be constructed where the previous facility once stood. Local officials stated that they anticipate the new chapter house to be completed by late 2020.