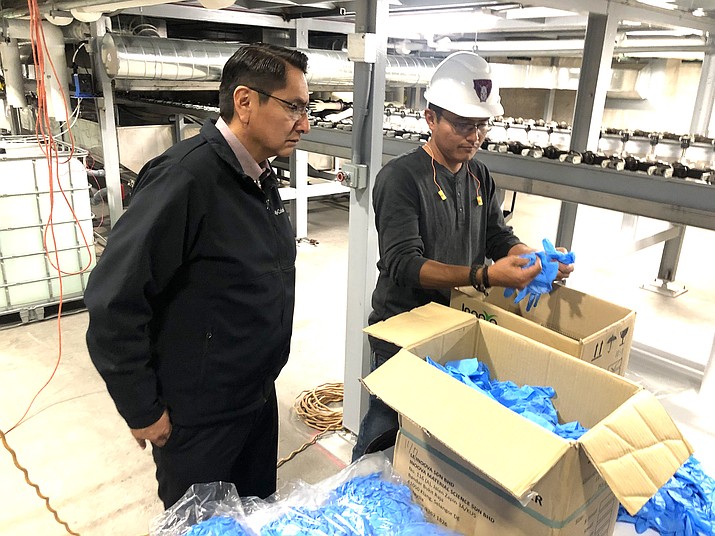 A multi-phase project includes an investment of more than $49 million from Rhino, LLC. It is also partially funded through the New Mexico Economic Development Department, which contributed $3.5 million through the Local Economic Development Act funds. Once completed, the phase two facility will be owned by the Navajo Nation and will receive a tribal building number. Navajo Nation President Jonathan Nez tours the factory earlier this month. (Photo/Office of the President and Vice President) 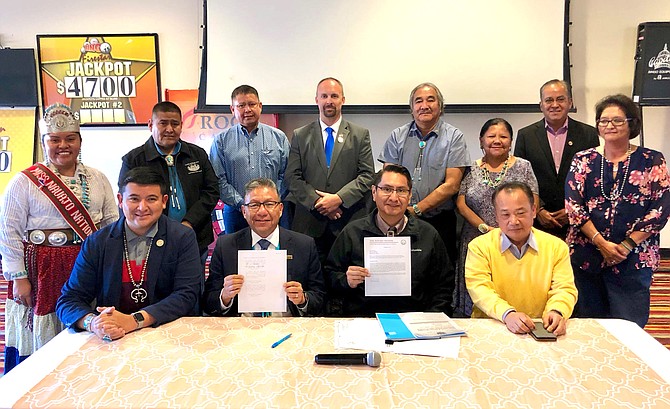 During the 2019 Fall Council Session, Resolution CO-31-19 was approved by the 24th Navajo Nation Council with a vote of 19-0. Speaker Seth Damon sponsored the bill, and Council Delegates Jimmy Yellowhair and Rickie Nez co-sponsored.

The Church Rock Industrial Park Project is located within the community of Church Rock, N.M, approximately five-miles east of Gallup, N.M. Rhino Health, LLC, an international nitrile glove manufacturing company, is currently operating a phase one nitrile glove manufacturing plant to produce latex gloves. The phase one and two facilities will offer as many as 350 jobs new jobs on the Navajo Nation, and it will use 100 – percent Navajo labor to construct the facility.

“This project is a great example of what partnerships can do to bring economic opportunities to the Navajo Nation. The manufacturing plant will help those individuals needing jobs to provide for their families. This would not have been possible without past leadership and the collaboration of all the three branches of the Navajo Government,” Nez said.

The appropriation will fund phase two of the construction, including infrastructure, of a manufacturing and warehouse facility, approximately 124,000-square feet, in the Church Rock Industrial Park. The manufacturing facility will become a supplier to government agencies, medical facilities, and food and retail industries.

The Navajo Nation Division of Economic Development, including Industrial Development Specialist Sharlene Begay-Platero, has been working with the Rhino Health LLC to develop the Church Rock Manufacturing facility to begin production. 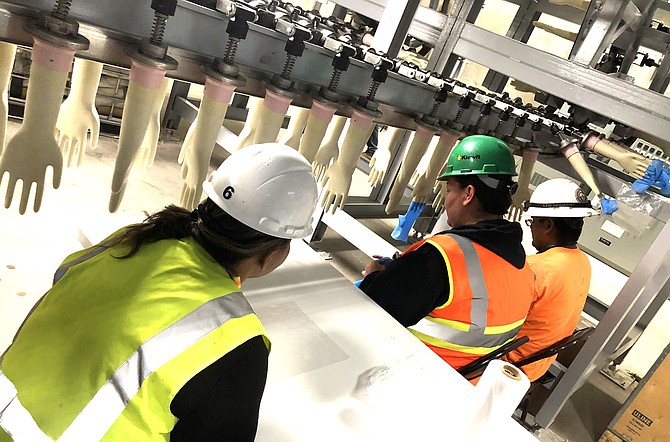 “The Administration also extends their appreciation to Rhino CEO Mark Lee for working closely with the Nation. The great and successful partnership will bring much-needed jobs and revenue for our Nation for many years to come,” Lizer said.

Once completed, the phase two facility would be owned by the Navajo Nation and will receive a tribal building number.

“The Division of Economic Development has been working on this initiative for years, and it’s exciting to see the project moving forward. The project is already putting our Navajo people to work in preparation for the production of nitrile gloves. This project will bring many jobs home and instill hope and growth for the Navajo Nation,” Nez added.