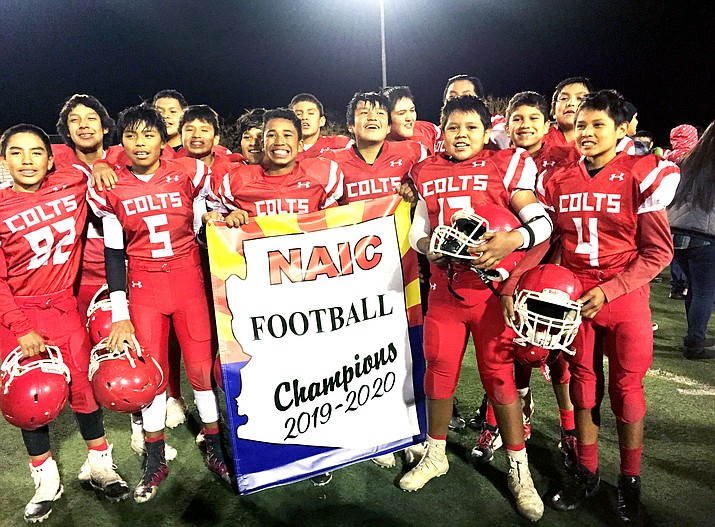 FLAGSTAFF, Ariz. — The Kayenta Middle School Colts are the NAIC Football Champions defeating the Tséhootsooí Middle School Scouts Nov. 7 with a score of 38-0 at the Mustangs Stadium in Kayenta, Arizona. 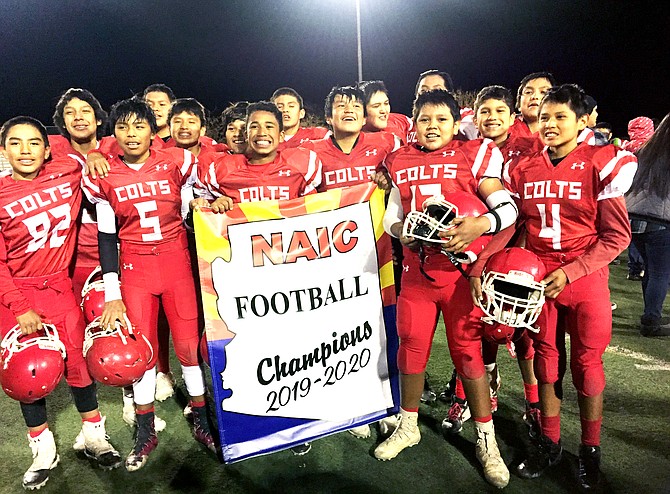 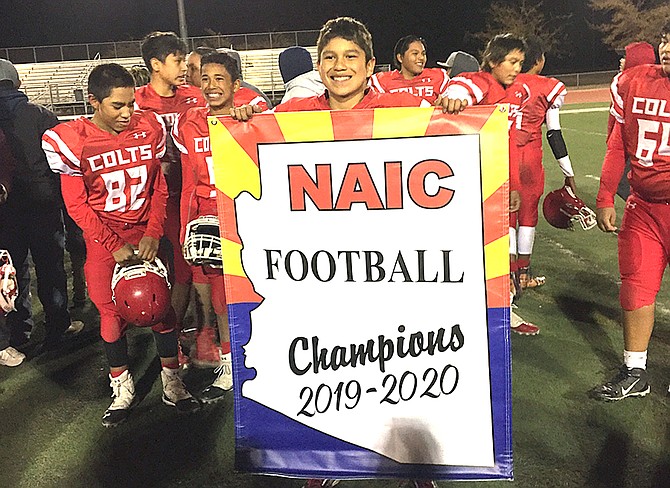 Chris Greyeyes, first-year head coach of the Colts, said he is excited for the boys.

“I am extremely proud of these young men, from where they came last year to where they are now,” he said. “They put great effort into the season… their dedication… I can speak volumes about their dedication on-and-off the field.”

Greyeyes said he is even more proud that a majority of his team members are also scholar athletes. He explained 17 of the 21 team members on his roster are honor roll students and the other four missed the mark by a few points this year.

“Not only are they great athletes, they are great scholars [as well],” he said.

Greyeyes is in his 14th year coaching at the middle school level. He coached the same group of boys last year at the junior varsity level.

“I came back this year as the varsity coach knowing how great of athletes these boys are,” he said. “I came back especially for this group because I knew what good men they were, so I decided to do one more round at coaching.”

The Colts ended their season with a record of 9-1-1, nine wins, one loss and one tie. Greyeyes said the lone lost was to Payson which was also their first game and their toughest game of the season. Their lone tie was to Blanding.

So that is it for the Colts, they end their season with a championship and this conference does not conduct a state playoff or state tournament.