Alejandro Barron and Ron Blass named Officers of the Year 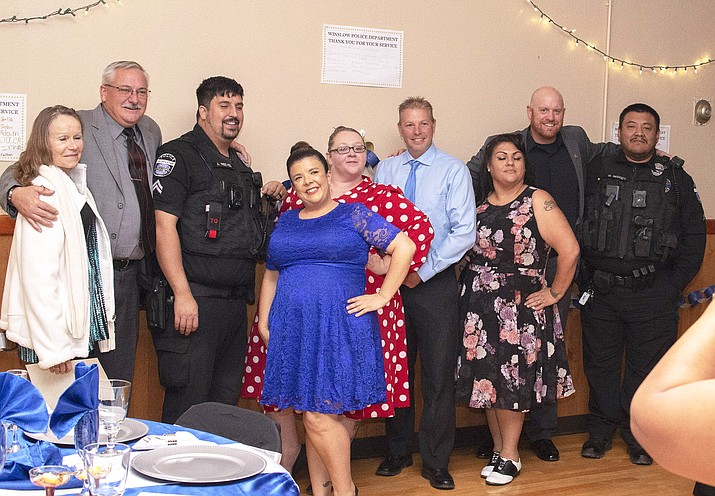 WINSLOW, Ariz. —The second annual police awards gala was held Nov. 2 at the Winslow Elks Club. Around 70 people attended the event, which included a multiple course prime rib dinner. The Elks Club hall was decorated in festive lights and banners for the occasion and tables were set out with tablecloths, chargers, wine glasses and decorated chairs, courtesy of Roberta Cano. There was also an area set up where couples could have their photograph snapped with studio lighting by High Desert Photography. After dinner and photos, Winslow Police Chief Daniel Brown gave a memorable speech about duty and justice. 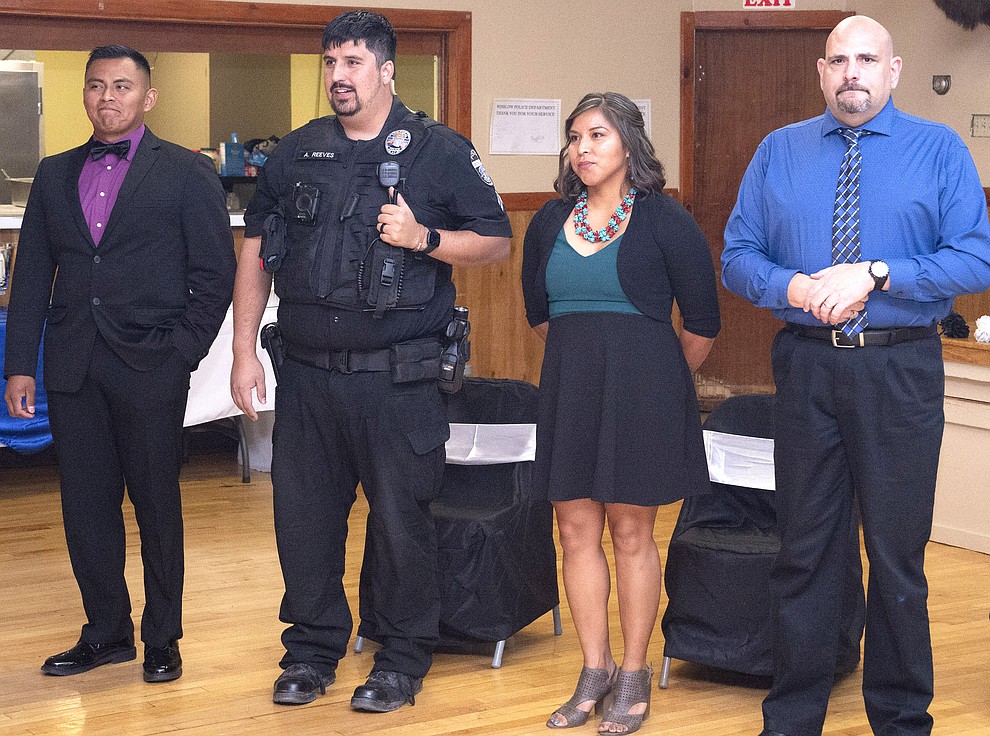 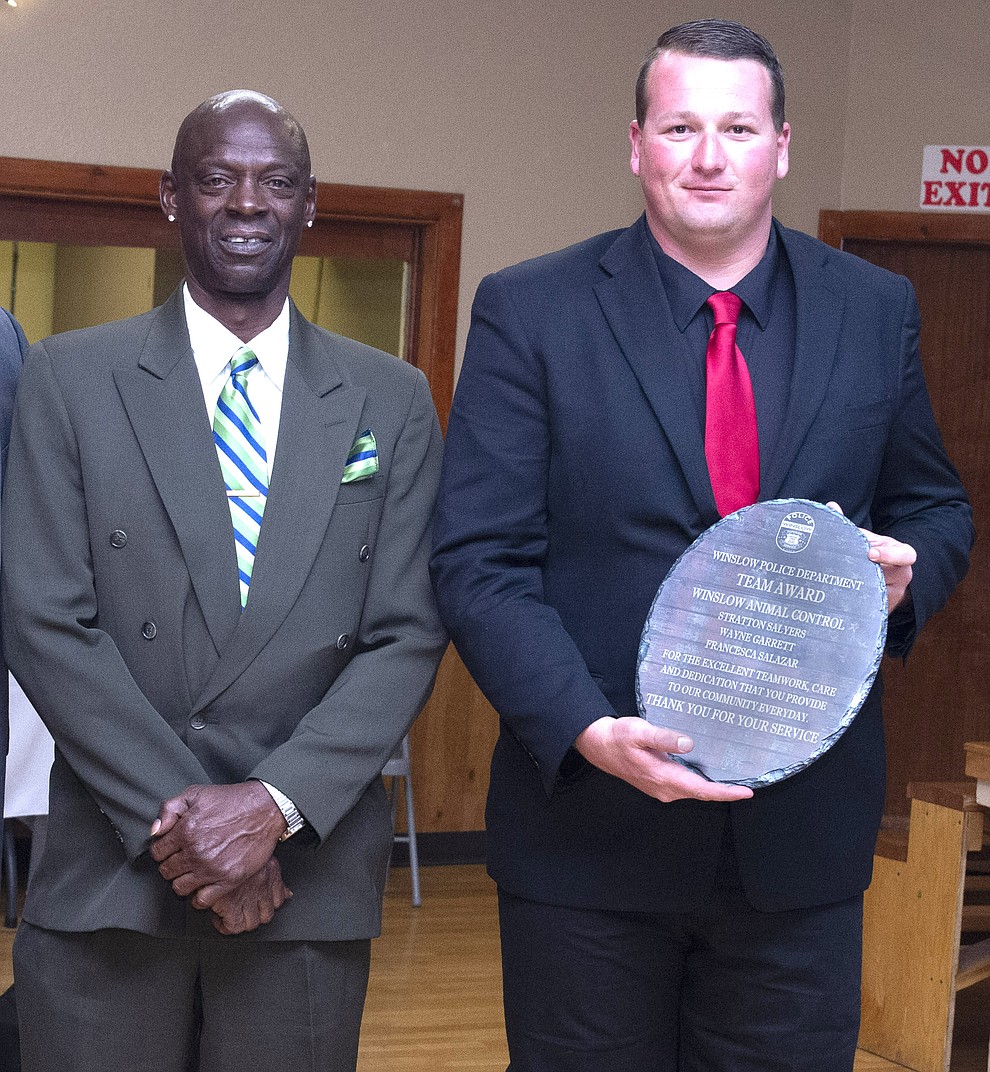 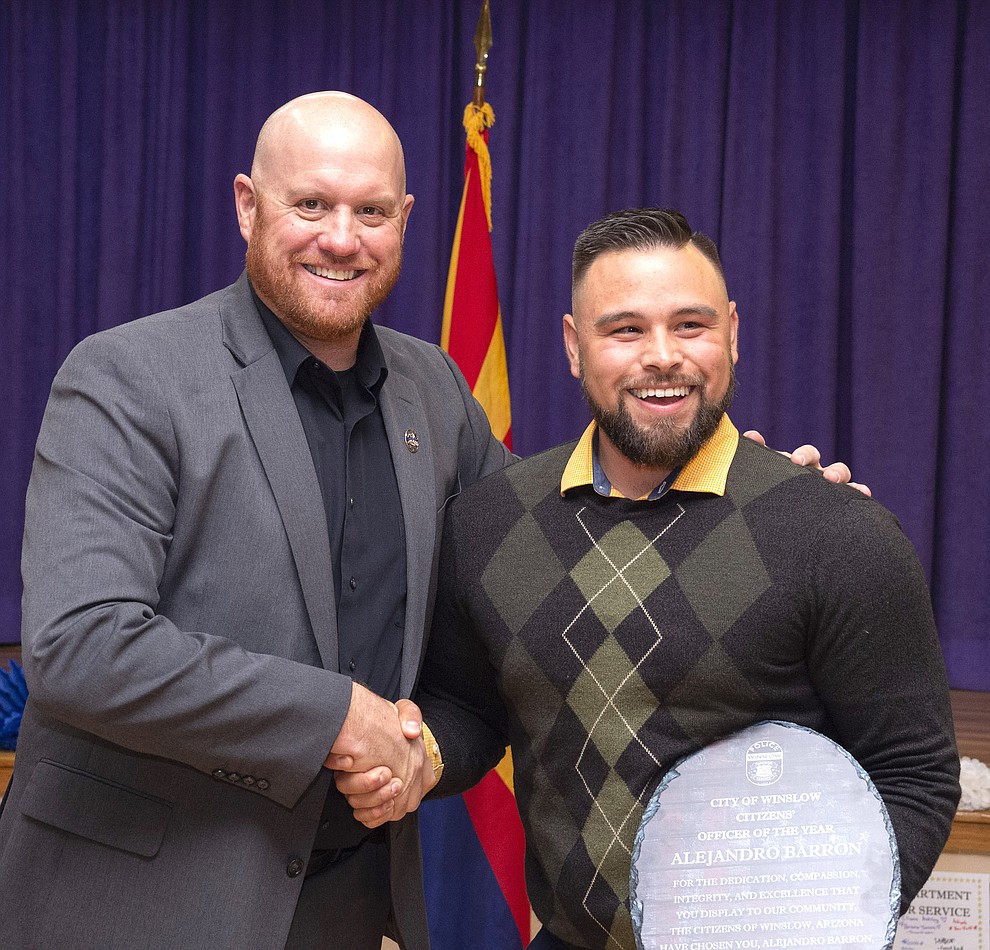 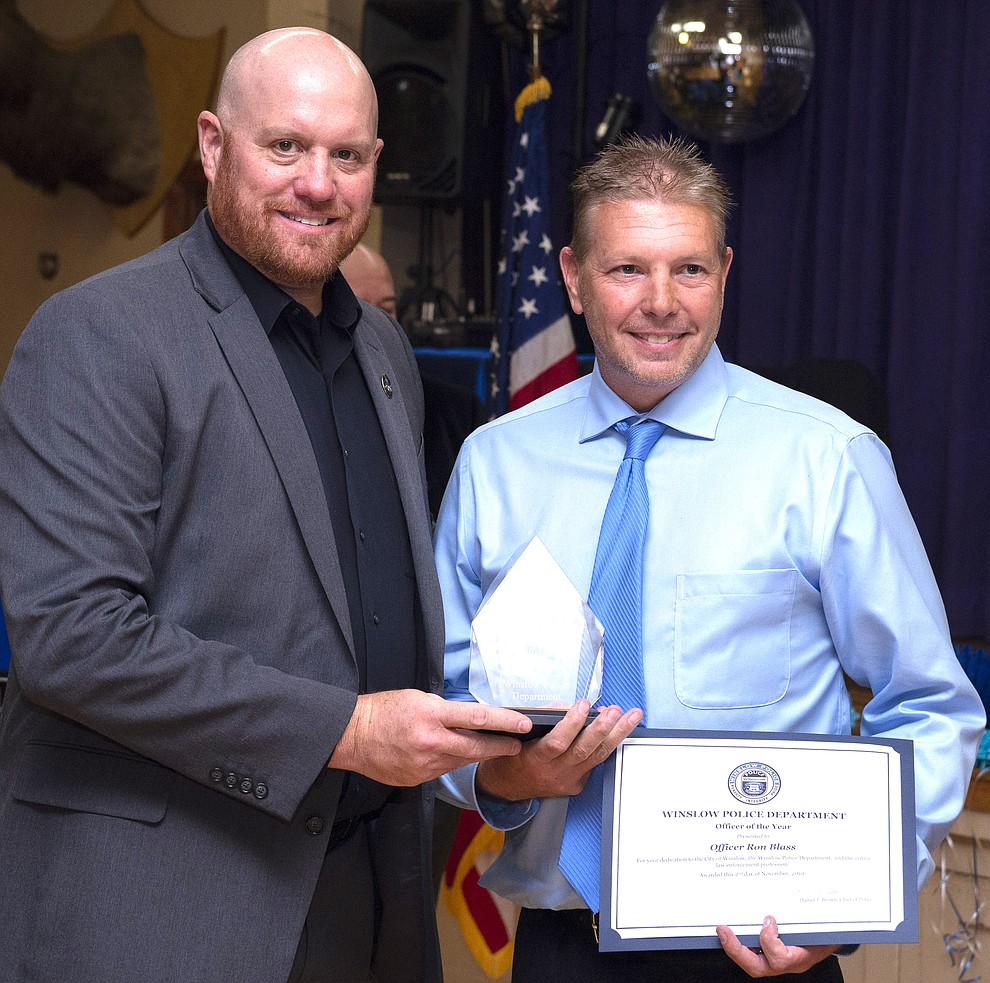 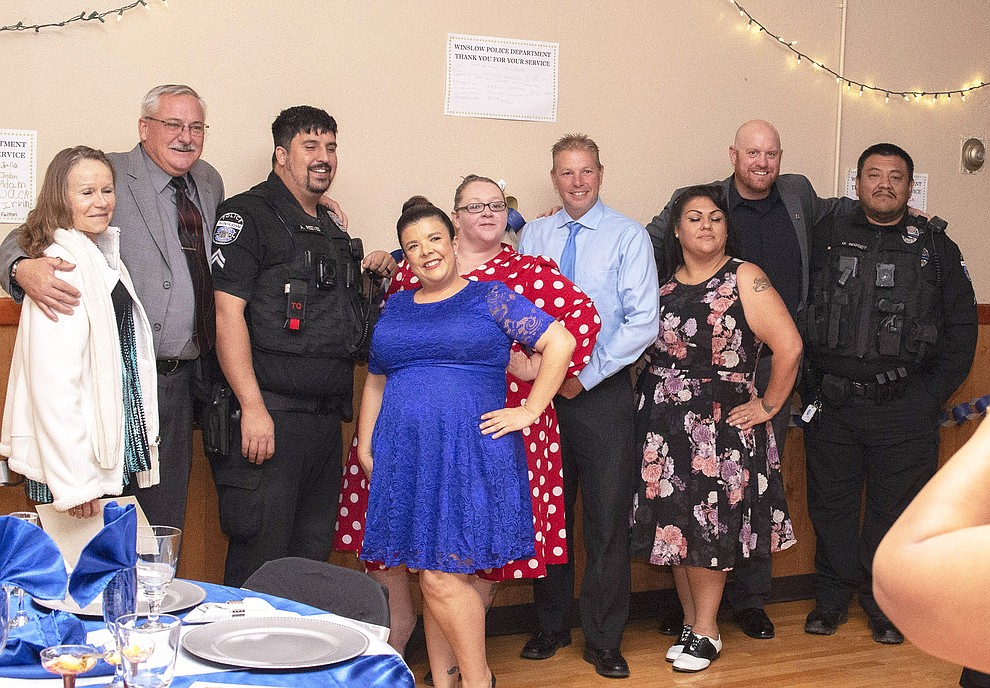 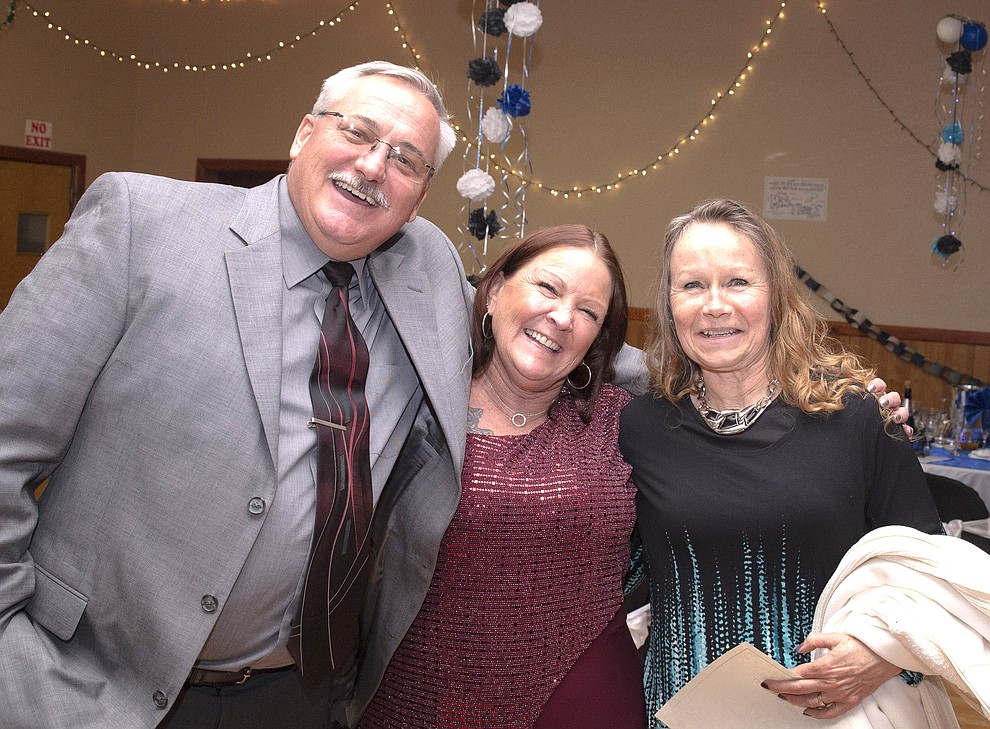 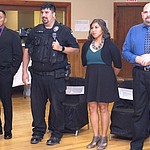 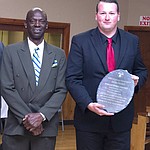 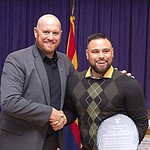 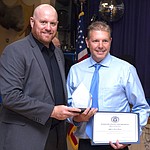 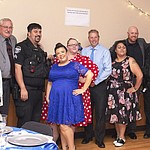 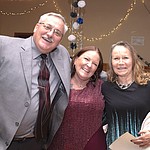 A dozen different awards were presented by Brown while Lieutenant Cano narrated each award and Lieutenant Arend assisted in the physical presentation.

Two of the most notable awards were Police Officer of the Year and Officer of the Year. One recipient had been judged by Winslow residents voting and the other was judged by coworkers at the Police Department, these included Alejandro Barron and Ron Blass. Blass has 20 years of experience in a previous police command position.